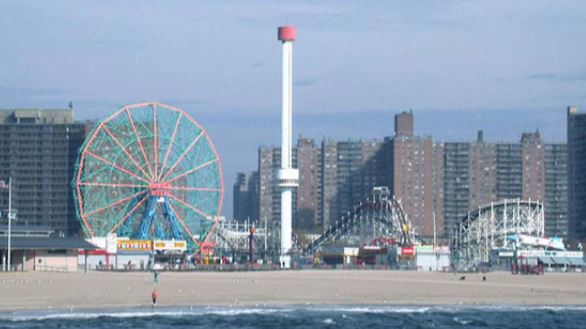 5 Reasons To Include Brooklyn on Your Next New York Visit

Brooklyn is an amazing and diverse borough in New York. One of the most populous areas of the nation with over 2.5 million residents, almost 40% of whom are immigrants, you can find just about anything here. Whether you’re looking for arts and culture, fun and entertainment, the best in cultural cuisine or just about anything else, Brooklyn has it to offer. Here are 5 reasons you should visit Brooklyn the next time you’re in New York.

This one is probably the most obvious reason to go to Brooklyn. Located on Long Island in Brooklyn, this amusement park is one of the greatest old world parks you could ever hope to visit. Brooklyn is the home of the very first roller coaster in the nation, and the Cyclone old wooden coaster has been in operation for almost 90 years. It is both a New York City landmark and a location on the National Register of Historic Places.

That doesn’t even begin to touch upon the other great attractions of the park, like Nathan’s Famous hot dogs, or any of the other great rides and attractions this incredible park has to offer. Every summer the park holds the Coney Island Mermaid Parade, which is a must-see event including arts, crafts, floats and stunning mermaid costumes. If you don’t take the time to visit Coney, you’re really missing out.

Prospect Park comprises nearly 600 acres of space and sits right in the middle of Brooklyn. It was designed by the same architect that put together New York’s famous Central Park, and he was known to have preferred Prospect over its more famous cousin. Prospect Park has some of the nicest green spaces in the city, lovely waterways, seven different baseball fields, and offers tons of clubs, races and other activities.

Whether you’re into pickup ball games, hiking, biking or even football and horseback riding, this is the place to be. Prospect Park is the perfect way to escape the hustle and bustle of city life while remaining right in the heart of New York and Brooklyn.

Let’s face it: one of the first things most people do when they go on vacation is look for the best shopping district. Atlantic Avenue in Brooklyn may just be it. From specialty food and the best in wide variety of high-class and blue-collar cuisine to amazing antique stores and independent boutiques and specialty stores, it’s all right here. For those everyday needs and a fun consumer culture feel, visit the bustling Atlantic Center shopping mall.

Film festivals are a great way to take in the arts and culture and have a whopping good time whenever you take a trip. If you’ve never been to one, you really should try it, and Brooklyn’s International Film Festival puts 150 local artists on display over nine days at the IndieScreen located in the Williamsburg neighborhood of Brooklyn.

Great Food, Arts and Culture
It’s been said time and again, but it bears repeating. If you want some of the best food in New York, you cannot go wrong in Brooklyn. This borough is home to tons of incredible and even famous eateries. Start at Nathan’s Famous hot dogs for a dog and cheese fries. Then check out the Brooklyn Ice Cream Factory on Water Street, which uses all natural ingredients and produces some of the best ice cream you’ll ever taste. After that, check out the famous Grimaldi’s.

Brooklyn Pizza in the DUMBO area under the Manhattan Bridge, an area which not only has great foods, but some of the best culture in the region from art galleries and exhibits and the best displays of local talent in the area.

Brooklyn really is a hub of arts and culture in New York. It boasts hundreds of cultural institutions between museums, galleries, theaters, music events and other entertainment venues from parks to waterways and more.

Brooklyn Urgent Care:  When the time comes to take your trip, it never hurts to plan, just in case you get sick or have an injury that needs patched up. Who wants to spend hours waiting in an ER being exposed to other illnesses, for an injury or case of the flu that’s not really life-threatening? In these cases, it’s much better to go to an urgent care center where you can get the same care rendered by the same doctors you’d see in a family practice or hospital. 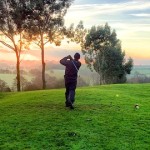 Better than a Hole in One! Great B&B Golf Getaways 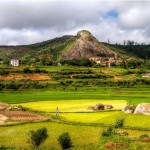 Which Region of Africa Is Right For Your Journey?