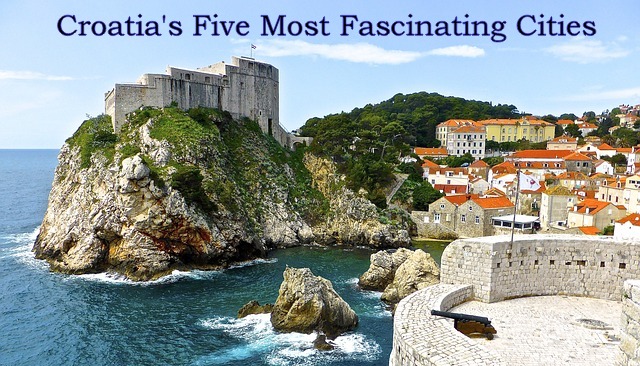 Top 5 Most Fascinating Cities in Croatia

Drawing influences from both the Mediterranean and Central Europe, Croatia is a country with many beautiful cities and towns.   It’s coastline stretches over 1,000 miles along the Adriatic Sea, encompassing more than a thousand islands, and is crossed by the Dinaric Alps and dotted with castles.  With a rich history dating back to the 7th century, Croatia retains much of the influence of early rulers from the Greeks and Romans.  If you’re planning to visit, be sure to research your many choices;  I offer you a description of the country’s top must-see cities.

ZAGREB – Croatia’s capital is the focal point of business, industry, commerce, entertainment, art, academia and sports in the country. One of the oldest cities in the region, Zagreb has a certain baroque feel, often compared to Vienna and Prague, with a lot of small shops, a delicious cuisine, old-fashioned open-air markets, green parks and beautiful fountains.

Start your exploration of Zagreb by visiting the Zagreb Eye viewpoint, located at the top of a skyscraper at the city’s main square. After experiencing a spectacular panoramic view of the city, take a stroll through the old city core called the Upper Town, and then proceed to visit some of the city’s numerous art galleries and museums (I recommend the Museum of Modern Art and the Museum of Broken Relationships as they both exhibit contemporary art). Nature lovers will also adore the lovely Maksimir Park and the popular Jarun Lake.

There are even convertible tourist buses organized into two circular lines, equipped with a special system which serves as a virtual tour guide and a GPS, giving passengers information about the city landmarks in eight different languages while the bus is driving. Tourist guides and routes are pretty common in the city since its tourism is on the rise as more and more people come to explore Zagreb.

DUBROVNIK – What has for centuries been a powerful city-state, now is one of the most prominent tourist destinations in all of Europe; the Pearl of the Adriatic, as Dubrovnik is often nicknamed, offers its visitors the very best of the Croatian coastline; crystal clear waters of the Adriatic, a pleasant Mediterranean climate, several beautiful beaches and – a rich cultural heritage.

And this heritage is just what makes Dubrovnik so special; the Old Town and its stone-paved promenade of Stradun are a part of the UNESCO World Heritage List, along with the world famous city walls. This beauty started attracting many celebrities and Hollywood film stars, turning the town into one of the most exclusive destinations of the entire Mediterranean. Round off your Dubrovnik experience by taking the cable car up the slopes of the nearby hill and witness the spectacular view of the city and the entire panorama.

RIJEKA -Safely tucked in the bay of Kvarner, Rijeka is often overlooked by tourists visiting the Croatian coast since the best known destinations are located farther down the coast. But not to visit the third largest city in Croatia is a huge mistake; once a port town with Middle-European cultural influences, the Rijeka of today is a blend of traditional architecture and an urban way of life, largely adapted to the requirements of Mediterranean tourism.

The center of all life in Rijeka is the Korzo (the Promenade) – the pedestrian-only area of bars, coffee shops, vendors and restaurants; it’s a place where the people of Rijeka enjoy relaxing afternoon drinks, read the newspapers or just stroll around. Coffee drinking is an important part of Croatian culture; it lasts an hour at least and that’s when all the gossip and news are discussed so be sure to join this ritual if you plan on visiting.

Korzo usually hosts a large number of cultural and music events and manifestations; the most known is the Rijeka Carnival, held in February, when the entire city gets into a festival mood and the party lasts for days. The Fiumanka and Fiumare festivals are connected to the city’s naval tradition as Rijeka is Croatia’s principal seaport.

There’s something happening in Rijeka virtually every day of the year; whether it’s Christmas time, when the Rijeka Advent Festival takes place, or the Rijeka Summer Festival, a three months long manifestation featuring many artists, performers and music acts.

Perhaps the most unique of Rijeka’s many attractions one is the Torpedo factory, first of its kind in the whole world. It was built in the 19th century and its remains, including a launch ramp, are now open for tourists. You should also explore the baroque cathedral of St. Vitus and the Old Gate (sometimes called the Roman arch), built by the Roman Emperor Claudius Gothicus. Although the city can be explored on foot and a system of city busses, there are several rent-a-car options and plenty of parking space.

PULA – The southern tip of the Istrian peninsula hosts the picturesque town of Pula. The history of the town started three thousand years ago and the old Pula reached its peak in Roman times. Many of Pula’s landmarks stand to this day as monuments of a time when Romans ruled the area; the mighty Arena, a 1st century amphitheater, among the six largest preserved Roman arenas in the world, now attracts tourists and hosts concerts and summer film festivals.

Other notable Roman structures include the triumphal Arch of the Sergii and the temple of Rome and Augustus, both dating from 1st century AD. Even if you’re not particularly interested in history, Pula and the surrounding area have lot to offer; the Brijuni National Park is not far away, and this stunning archipelago, having everything from dinosaur footprints to a safari park, is something you definitely have to visit. Pula and the surrounding area are also known for strong winemaking tradition (there are even vineyard walking tours, where visitors can witness the production of wine) with plenty of white and red wines which are renowned throughout Europe.

SPLIT – Croatia’s largest coastal center could be the perfect starting point of your Dalmatian holiday; it’s located in the vicinity of some of Dalmatia’s greatest islands (Brač, Hvar, Šolta) that are perfect for one-day trips, it has beautiful beaches of its own, and its attractions are exciting and diverse.

The center of life in Split is the city’s Promenade, dotted with cafes and tourist shops. In its vicinity lies the Diocletian Palace, the symbol of the city. The Roman Emperor Diocletian built the Palace as his retirement resort and the entire city developed around it in centuries that followed. A UNESCO World Heritage Site, the Palace is a tourist attraction nowadays, but still attracts attention of historians and archaeologists.

Those interested in a more comprehensive overview of the history of the city and its people should visit the Split City Museum, the Maritime Museum, and the Museum of Croatian Archaeological Monuments, all containing interesting artifacts telling the story of the city from a cultural, artistic and economic point of view.

Split also features one of the most beautiful beaches in the country, Bačvice and a huge park, Marjan Hill. A perfect place for cycling and walking lovers, there are dozens of kilometers of trails leading you through the rich Mediterranean flora of the park. 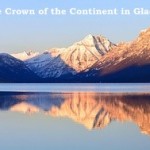 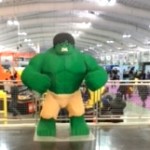