Getting through the throngs of revelers is not for the faint of heart—and joining in the Times Square festivities requires a bit of advance planning. Although it might look like the immense crowd, is merely the result of residents and visitors turning up in Times Square for the celebration.  The Times Square New Year’s Eve celebration is actually a well-planned, ticketed event. If you’re thinking you want to make the trip this year, keep these tips in mind.

Times Square, known as the crossroads of the world, plays host to one of the most popular New Year’s Eve celebrations in the world each December 31. If you just want to hang out in the street and watch the ball drop, you won’t need to purchase a ticket.

However, many of the hotels, restaurants and clubs surrounding the square host New Year’s Eve parties and events, offering revelers the chance to get out of the cold and enjoy the evening with drinks, food and live entertainment. Several promoters offer all-access passes that give those age 21 and up admission to a selection of the parties; the tickets generally allow admission at a certain time and provide a suggested route and itinerary to manage the flow of the crowd.

If you aren’t interested in a party crawl or just want to be a part of the festivities, the most important thing to remember is that you need to arrive early. People start staking out their viewing spots as early as noon on New Year’s Eve, and the best spots are usually taken within several hours. Keep in mind that if you leave your spot for any reason—even to use the bathroom—you risk losing it. In fact, you should plan to eat a large meal and use the bathroom before you head to Times Square, since not only are facilities limited (one million people pack into the area for the ball drop), but you won’t be able to “hold” your spot.

With so many people in such a small area, a sense of humor and camaraderie is essential. If you tend to get anxious or uncomfortable in large crowds, you might want to forgo this event, as you will get stepped on, pushed, bumped into and generally packed in like a sardine for several hours.

And since you will be waiting for hours for the festivities to start, it’s important to dress warmly. You might get lucky and have a mild night, but in most cases, you can expect temps to be at or below freezing. Dress in layers, wear comfortable shoes and prepare to be chilly. Of course, don’t forget your New Year’s garb —hats, glasses and noisemakers are de rigueur for this party.

Outside of Times Square

Although Times Square might be the biggest and most well-known party in NYC, you can enjoy a spectacular New Year’s Eve elsewhere in the city as well. The holiday season is a magical time in the Big Apple, several hotels in New York and other attractions around the city pull out all the stops to draw visitors and show them a good time.

For example, buy a ticket for the Brooklyn Bridge Walk Into the New Year. During this late-night excursion, you’ll walk across the bridge and have an unparalleled view of the fireworks from around the city. Or get a head start on your New Year’s resolutions by signing up for the Emerald Nuts Midnight Run, a party in Central Park that’s capped off by a four-mile midnight race. Or just book a fancy hotel room, order some room service and ring in the New Year away from the crowds and the chaos—if you stay in the Times Square area, you might even be able to view the ball drop from the top floor or another designated viewing area.

Ringing in the New Year in New York City is high on many “must-do” lists, and if you have a high tolerance for crowds and a good-size budget, it’s a goal that’s within reach. Whether you want to be a part of the crowd in Times Square or have something more low-key in mind, there’s always something for you in the city that never sleeps. 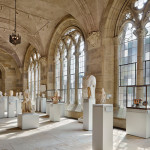 10 Great Experiences You Can Only Have in Connecticut 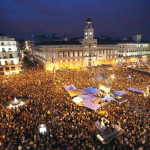