Australia is world-renowned for its golden sandy beaches, exotic landscapes and cosmopolitan cities. But there are more than these reasons as to why over six million people visit Australia each year, as the nation’s casinos have increasingly been drawing larger numbers to this magnificently varied country.

As Sydney is Australia’s largest city, it’s only fair that it should have such a celebrated casino scene. The area around the magnificent Darling Harbour is a thriving hot-spot packed full of luxury hotels, extravagant restaurants and top-class casinos.

The Star Sydney Casino and Hotel is the city’s largest casino and boasts two gaming floors with a huge variety of table games, electronic games and 30 tables of poker to play. Of particular interest is the highly-coveted Inner Sanctum pit that is used for junket players, as well as the casino’s commanding views of the picturesque harbour.

However, the casino faces new competition when the multi-billion dollar Crown Sydney receives its glittering launch in 2020. Despite the inevitable delays, it promises to be the city’s largest building with 75 floors of luxurious casino and hotel entertainment.

Not one to be outdone by its rival, the charming city of Melbourne can claim the winning prize when it comes to sheer scale of casinos with the world-famous Crown Casino and Entertainment Complex. Overlooking the Yarra River, the huge complex is the equivalent to two city blocks and is the largest casino in the Southern Hemisphere.

The building of the casino caused much controversy in the city with the Oscar-nominated actress Rachel Griffiths staging a semi-naked protest against what she felt to be an encroachment on the city’s heritage. Despite this, Australia’s love of casino gaming has continued to flourish with many sites such as Spin Palace offering an online version of casino games ranging from poker to slots that can be enjoyed regardless of the user’s location in this vast nation.

Despite online casino gaming offering a much greater amount of playing convenience, there are a few Australian casinos that are as much celebrated for their remoteness as their gaming options.

In particular, the Lasseters Hotel Casino in Alice Springs is the only gaming resort in this vast and desolate expanse, and offers the perfectly surreal opportunity of playing blackjack in the heart of the Australian Outback.

And finally, for those really seeking a little gaming entertainment in the wilds, then a trip must be made to the ramshackle charms of the Country Club Casino on the island of Tasmania that offers all of the gaming options expected of such a resort in the midst of the beautiful Tasmanian wilderness. 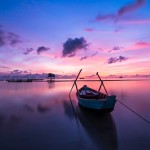 Best Destinations for Family Christmas Vacation Magic In The USA