Top Reasons Thailand Should Be Your Retirement Paradise

Everything You Need to Know about Retiring in Thailand

For one thing, Thailand is both exotic and familiar at the same time. Its’ the number one retirement destination in Southeast Asia for people from the US, UK, Australia and New Zealand thanks to its Eastern culture and the fact that people who speak only English typically have no trouble getting around and making their way through their everyday life.

A Magnet to Ex-Patriots

If you choose to retire in Thailand, you will certainly have a lot of company, especially in the bigger cities, such as Bangkok, Pattaya, and Phuket. There are thousands of ex-patriots with whom to socialize and make friends.

Plus, there are more familiar businesses and brand names in Thailand than in many other Asian countries such as Boots, Tesco and 7-11. The Thai people have always been friendly and welcoming to Westerners and this openness is reflected in their culture and society.

Thailand also has one of the most stable economies in all of Asia – or even the world – so you don’t have to worry about upheaval associated with devaluation of the currency and even under military rule both the country and the currency has remained stable, unlike some other retirement destinations.

Another major benefit of retiring in Thailand is its affordability. The cost of living is generally much lower than it is in most Western countries, so your retirement budget can go a lot further.

Many people who retire in Thailand can live quite comfortably on as little as 39,000 Thai baht per month, or about $1,100 – a fraction of what it would cost to live in practically any Western country.

And what can you get for your money. The standard monthly retirement budget of most Western ex-patriots automatically puts them in the top 10% of the country’s residents. So you essentially can live life royally – staying in nice accommodations, eating at nice restaurants, and enjoying the best Thai culture has to offer – for the same or less than you would spend to get far less back home.

If you plan to travel during your retirement, Thailand offers one of the best locations to serve as home base. First, it has one of Asia’s busiest international airports – Bangkok’s Suvarnabhumi Airport – which services not only major Asian cities, but also has daily flights to most of the world’s other important cities, including New York, Los Angeles, London, Sydney and Auckland.

Getting around Asia is relatively easy from Bangkok. Exotic, must-see places like Hanoi, Ho Chi Minh or Kuala Lumpur are all only a short distance away, so you can spend a day or a few weeks, depending on your pleasure.

Requirements for Retiring in Thailand

The Thai government does put some restrictions on the issuance of retirement visas for people planning to stay in the country permanently.

For one, you are required to have a monthly retirement income of at least 65,000 Thai baht, or about $1,960. These funds don’t have to be in Thailand. They can remain in your bank back home as long as you can prove your income to immigration officials by obtaining a proof of income letter from your country’s embassy (this can be done in Thailand, most countries have an embassy in Bangkok).

Retirement visas in Thailand are renewed annually. And unlike many other retirement destinations, there is no need for you to return to your home country. You are, however, required to report in person to any immigration office in Thailand every 90 days – something that actually is necessary for everybody holding a Thai visa. An online 90 day reporting system has recently been introduced and is currently in beta testing.

90 day reporting is not as cumbersome as it sounds as there are immigration offices practically everywhere in Thailand, the lines are typically quite short, and the service is friendly and efficient. Your best bet is to simply set a reminder on the Outlook calendar on your smartphone and you never have to worry about it.

Thailand understands that ex-patriots retiring in their country are naturally curious about exploring the rest of that part of the world. That’s why they make it easy for people holding retirement visa to travel in and out of the country.

Retiring in Thailand is an option that should be considered by anybody who has a natural curiosity about other cultures and an adventurous spirit and who wants to make the most of their golden years.

The requirements are minimal, the benefits are great, and the discoveries never end.

**************************************
About The Author: This article is the work of Darren McGarry on behalf of Key Visa Company, Pattaya, Thailand. With over 14 years of experience in assisting private clients with visa applications to Australia, The UK & Ireland, if you’re considering getting a retirement visa in Thailand, do get in touch with Darren today. 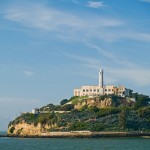 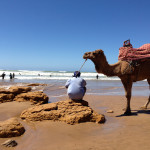