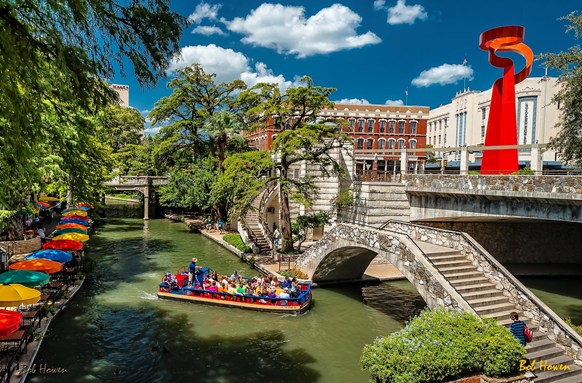 Guide to San Antonio and the History That Thrives

Using Johnny Cash, or Hank Snow before him, as a measuring stick, I’ve officially been 29.7 percent of everywhere. Of the 91 places mentioned in the American version of “I’ve Been Everywhere” I’ve been to 27, one of which I was born in. A current place of fascination for me is not mentioned in the song, which is curious considering an abundance of Texas towns mentioned.

San Antonio is somewhat of a hidden gem. For the past 25 years, it has ranked in the top 10 of fastest growing U.S. cities. Not surprising, the former capital of Texas, is now its second most populous city. It has also been noted as the number one city to visit on a budget.

Considered the number one tourist attraction in Texas, the San Antonio Riverwalk brings in twenty million tourists per year. Built in 1968, the Riverwalk is a monstrous shopping center along a series of sidewalks lining the San Antonio River. Gondolas are available to ride down the river and the 2+ mile walkway connects many of the notable San Antonio destinations, making it quite pedestrian friendly.

The Spanish Missions were built in numerous places in Texas as way to convert Indians to Catholicism and the Spanish way of life in order to gain extra protection from the French to the east. The Alamo was built for the Missions in 1744. After its religious uses, the Missions served military operations up until the Texas Revolution in the 1830s. The Missions are on the National Register of Historic Places and, as of 2015, attained status as a UNESCO World Heritage Site.

Presidio de Bexar stands across the river from the Missions and served as the Spanish claim to the region. It was used as defense of the Missions starting in 1722. It fell into a period of irrelevance when the Alamo was turned into a military outpost and ceased to exist after the Texas Revolution in 1836. The building was reconstructed in the 1930s.

La Villita is a chic shopping plaza in the original residential neighborhood of San Antonio. It was restored in the 1930s during the Works Progress Administration project. At that time, the Arneson River Theatre was built on the site as well. This is an outdoor theatre along the Riverwalk with seating on the opposite side of the river.

The Tower of the Americas, San Antonio’s version of the Space Needle, was constructed for the 1968 World’s Fair, aka HemisFair ‘68. A 750-foot pillar, the tower is the tallest building in San Antonio. It features a revolving restaurant and outside observation deck. San Antonio’s Convention Center, including Lila Cockrell Theatre, are also remnants of HemisFair ‘68. The Hilton Palacio del Rio was built specifically for HemisFair ’68. A traditional hotel of the era couldn’t be completed in time, so this one was constructed in the modular design of post-war America. The 500-room, 21-story hotel was completed in only 202 days.

The 131-year-old Buckhorn Saloon, and its conjoined Texas Ranger Museum, provides a taste of San Antonio at the turn of the twentieth century. The grounds feature a cafe, shooting gallery, blacksmith shop, jail cell, and a Bonnie and Clyde exhibit with a 1934 Ford like the couple’s getaway car.

The diverse culture of the city’s history has given rise to one of the top 25 cities for modern art in the U.S. and includes the Blue Star Contemporary Museum, ArtSpace San Antonio and the Luminaria festival for one day each October. The crown jewel of the art scene is the San Antonio Museum of Art (SAMA). The historic Lone Star Brewing facility, built in 1881, has housed SAMA since 1981. It holds over 30,000 works from Latin America, Asia, the Mediterranean and contemporary America.

In addition to being inexpensive and navigable, San Antonio is also quite kid friendly. The great family destinations in San Antonio include the DoSeum, Natural Bridge Caverns and Magick’s Children’s Theatre. If the kids aren’t worn out by all that, maybe drop them off at Sea World while getting an extra nap in the hotel.

San Antonio is one of the better cities for extravagant hotels. The Emily Morgan Hotel, named after the iconic folk heroine subject of the song Yellow Rose of Texas, is a triangular building that was converted from a medical building of the 1920s. It’s just off I-37 and steps from the Alamo. Rooms there can be had for as low as $137. For a little less money, but maybe even more extravagance with a three-story lobby, the Menger Hotel is the oldest hotel west of the Mississippi. Also near the Alamo, the Menger dates back over 150 years and is said to be the place that Teddy Roosevelt recruited the Rough Riders. These are just two of the many historic hotels in San Antonio.

Finally, no trip to San Antonio can be complete without visiting AT&T Center, home of the San Antonio Spurs. Already referred to as the team of the 21st century , the addition of LaMarcus Aldridge along with the return of Tim Duncan for a 20th season, has made the Spurs are odds on favorites to win their sixth NBA championship since 1999.

Many of these and more landmarks can be seen in the film Miss Congeniality. This is really just getting started with all the treasured sights San Antonio has to offer. For the record, while Johnny Cash and Hank Snow didn’t mention San Antonio in I’ve Been Everywhere, Cash did sing about going to San Antone in Folsom Prison Blues, while Hank Snow wrote My San Antonio Mama and did one of many renditions of San Antonio Rose. So, the town is not neglected. I just haven’t been there. Yet. 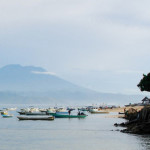 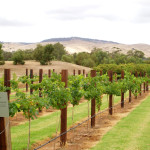 Emerging Wine Regions That Have Everyone Talking