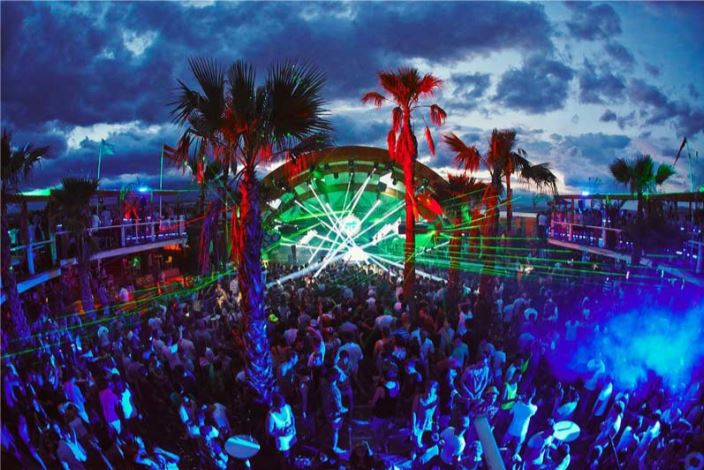 Move over Ibiza! Croatia’s coastline is full of great party destinations; the country is especially popular among young tourists, who are attracted by its clubs, beach bars and music festivals held all over Dalmatia and Istria. Still, there are two islands especially known for great parties which last virtually the entire summer – Pag and Hvar.

Is connected to the mainland by a bridge on the south side of the island. Pag can be reached from Zagreb by taking the highway: get off at Posedarje, continue over the Maslenica bridge and then to Pag bridge. If you’re coming from abroad, the nearest international airport is in Zadar; you can reach the island by bus or even taxi. There is also a catamaran from Rijeka – the ride takes about two and a half hours and there are several lines every day. Ferries from Senj and Prizna also operate on an everyday basis.

The island is renowned for its beautiful beaches: Caska, Branicevica, Lokunje, Babe – just to mention a few – and the famous Zrce, the focal point of Dalmatia’s nightlife. Many beach bars and nightclubs located at the beach or in its vicinity turn the beach into a large party zone where the party – literally – never stops during the entire summer!  With its outstanding natural features, equipment and amenities, Zrce meets the strict criteria of the European Foundation for Education and Care for the Environment and it won the Blue Flag award in the summer of 2003.

But even those who do not consider themselves party-goers will find their peace in some of the islands’s smaller and quieter beaches or perhaps use the countless options Novalja, the island’s most popular party settlement, offers to its visitors such as diving, water skiing or even yacht and boat rental.

Music fans might enjoy the Novalja Summer of Music, which includes classical music concerts, and the Novalja Theater that includes theatrical performances. The most visited events are the ethno evenings where, while listening to traditional Dalmatian songs, visitors are offered homemade food and desserts. Novalja is one of the host cities of the Melodies of Istria and Kvarner music festival, which takes place in the second half of June. There are animation and entertainment programs for both children and adults so everyone can find something for themselves!

Hvar can be reached from Split by ferries and catamarans of Jadrolinija; the ferries are more frequent during the summer and the trip to the island’s main settlement, Hvar Town, lasts about two hours (it’s important to note that these are car ferries, so you can transport a car to the island if you wish so). If you take a catamaran from one of the charters in this region, however, you’ll reach the island in only an hour. There are also international ferries from Ancona and Pescara several times a week.

Hvar is the sunniest island in Croatia and a place where history meets exciting nightlife. The historical core of Hvar Town is a UNESCO protected World Heritage monument dating from the 13th century AD; the protective walls and buildings of Hvar Old Town stand as proof of the island’s turbulent past. But, visitors are more attracted by the island’s beaches, nature and nightlife.

Some of the most well-known clubs in the country are in Hvar Town, such as Carpe Diem, a beach bar in Stipanska bay, popular for its tropical cocktails, pine trees and a magnificent view at the Adriatic. Other notable clubs include Veneranda, located in a building which was once a monastery (it’s a site for lovers of electronic music and has a pool as well), and Hula Hula, a place of relaxed, chill-out atmosphere, just a ten minute walk away from the town center.

Hvar has a great number of beaches (most of them are pebble beaches), but the most popular is Dubrovica, near the Hvar Old Town, surrounded by old stone houses and idyllic nature. If you wish to spend some time on a sandy beach, you’ll have to go to Jelsa harbor – Grebisce Beach is perfect for children and families and is popular among the locals as well.

Sport and recreational activities occupy an important place in the town’s tourist offer: Hvar has a football stadium, multipurpose sports halls, fitness centers, saunas, tennis courts and, of course, hotels with indoor and outdoor pools. Explore the island’s fields, crisscrossed by the long cycling paths that pass between the vineyards and explore the region in a unique way. If you enjoy beach sports, check out the popular beach volleyball tournament held every year.

We’ve only scratched the surface when it comes to describing Pag and Hvar: there’s plenty more to see and experience on these islands, and with new exciting events happening every summer, it’s no wonder their popularity continues to rise. 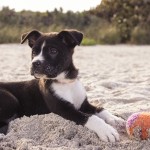 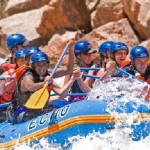 Rafting Royal Gorge in Colorado, A Day To Remember For A Lifetime