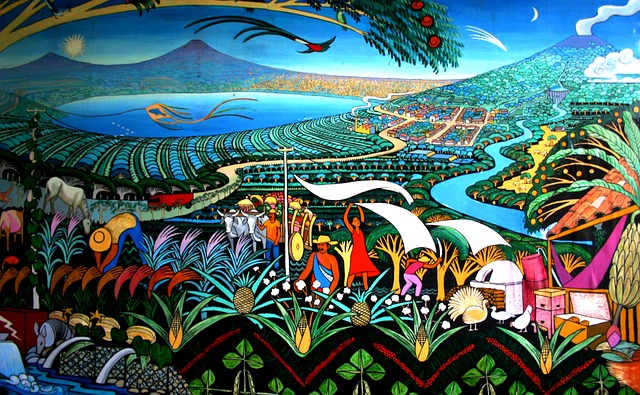 Traveler’s Guide To Nicaragua – It Will Exceed Your Expectations

Before visiting Nicaragua for the first time, I actually had quite low expectations. I had asked opinions to other people who had visited the country (very few, actually) and none of them seemed to be particularly impressed.  I just thought there had to be a reason if most people travelling to Central America opted to visit Costa Rica or Guatemala instead of Nicaragua. I even wondered if it was safe for a solo female traveller.

Well the good news is, all my misconceptions were wrong. Nicaragua is a gorgeous country with many worthy attractions.  Perhaps what I found most charming is that it is not staged for tourists.  Nicaragua is not polished up just to attract more visitors; its beauty is real for everyone to enjoy. I fell in love with Nicaragua, so much so, that I keep going back (I have been there three times already) exploring new places and returning to ones I already know. Nicaragua has a lot to offer to travellers: beautiful colonial cities; interesting museums; great culture; lush nature; lakes, volcanoes and gorgeous beaches; kind people; tasty food and unbeatable prices.

So, here are a few of my tips on how to prepare for a trip to Nicaragua.

Picking a time to go

Temperatures are always hot in Nicaragua, in fact they can be almost unbearably hot in some parts of the country. Having said this, anybody visiting Nicaragua should know that there are two seasons: the dry season that goes from November to March or April, and the rainy season, which starts at the end of March and reaches its peak in August and September and can last well into October or November. Obviously, most people visit Nicaragua in the dry season, so prices are slightly higher then, and there are more tourists. But Nicaragua never gets too crowded. On the other hand, travelling during the rainy season may cause delays due to the road conditions.

Spanish is the official language of Nicaragua, although some English is spoken on the Caribbean coast. In any case, speaking a bit of Spanish helps as most people hardly speak any English, unless they work in the tourism industry.

Border fees and crossing the border

There is only one international airport in Nicaragua, and that is in the capital Managua. Tourists arriving in Nicaragua by plane must pay a $10 USD entry fee upon entering. The exit fee (via land) is of $2 USD.

Together with Guatemala, Honduras and El Salvador, Nicaragua is part of the Central America-4 (CA-4) Border Control Agreement, which allows free the movement of people between the four countries. People entering one of the four countries get a 90-days visa which can only be renewed by travelling to countries that are not part of the agreement, such as Belize, Mexico or Costa Rica.

The border between Nicaragua and Honduras can be crossed at Las Manos, El Espino or El Guasule. It is possible to go directly to El Salvador without having to get into Honduras by taking a boat from Potos? in Nicaragua to La Union in El Salvador, but the crossing of the Gulf of Fonseca can be quite rough, and the passage often depends n the tides.

The border crossing with Costa Rica is at Penas Blancas or at Los Chiles (the latter one by boat). According to Costa Rican regulations anybody entering the country must show proof of onward travel, i.e. a bus or plane ticket.

The official currency in Nicaragua is the Cordoba. A US dollar is currently worth about 27.2 Cordobas. Dollars are accepted pretty much anywhere, and they are easily exchanged at banks and even in the street, at just about any corner of the city centre, by men that usually wear a badge and work for the bank. The exchange rate they use is the official one. Just calculate the amount to exchange and what to expect in return beforehand to avoid any issue.

Nicaragua is safe. Yes, I have heard of people who have been robbed, but that can happen anywhere really (in fact, I only felt in such danger in Europe). Even as a solo female traveller I have had no problems at all. Adopting minimum precautions just like anywhere else is a good tactic: ask the locals or at the hostels which area may be troubled and stay away from them, especially at night.

Taking the bus in Nicaragua means hopping on the chicken bus. Chicken buses are old American school buses driven all the way down to Central America to be fully restored and used for public transportation. Some of them actually look very beautiful. They are commonly used by backpackers as they are very cheap. They can be a bit uncomfortable as they get really crowded, yet they are a fun way to learn about culture of Nicaragua and to meet the locals, some even carrying chickens!

Passengers are expected to hop on the bus and the ticket man eventually goes around to collect the fare, managing to squeeze through the crowd. It is not uncommon to see vendors on the bus, selling anything from fruit snacks to drinks, to stationery and even books. Buses follow a fixed route, and in order to catch one it is necessary to stop anywhere along the route. There are no real bus stops. A typical scene at the station is that of the driver waiting around while the ticket men goes to find passengers by screaming the destination. The buses only leave when full.

Taxis are cheap, and normally have a fixed fare. It is good precaution to ask for the price of a ride anyways. Taxis in Nicaragua are shared: even if there already is a passenger, the driver will stop to pick up others who may be going in the same direction.

Food is good in Nicaragua. Here I found some of the best fruit in Central America, as well as really good beef and lamb (locally called pelibuey), and fresh fish and seafood on the coast. A common snack is fruit, which is sold even in the streets, peeled and ready to eat. Fruit juice is delicious: lots of fresh fruit, a tiny bit of sugar, water or yogurt and lots of purified ice. Snacks that are sold in the street include fried yucca and plantain.

The national staple is gallo pinto (rice and beans), which in Nicaragua accompanies every meal. Have it for breakfast with eggs, a corn tortilla and platano maduro (a ripe plantain slowly cooked in oil), lunch and dinner (as a side to grilled chicken or meat, a cabbage salad and a corn tortilla).

Other specialties are patacones, which are fried plantain croquettes, that can be accompanied by a mild local cheese; vigoron, a dish made prepared with chicharrones (pork scratchings), a cabbage salad and cooked yucca served on a banana leaf. Quesillos are very popular: they are made by filling a freshly baked corn tortilla with two thin slices of a cheese, then a salad of onions and tomatoes seasoned with vinegar, finally wrapped together to then pour over salt and cream.

The best rum is Flor de Cana and local beers include Tona and Victoria, also sold in bottles of 1 litre.

Street food stalls in Nicaragua are called fritangas. They usually sell home cooked meals such as gallo pinto and normally have barbecue to grill meat or chicken. Aside from fritangas, the cheapest places to eat in Nicaragua are market stalls or comedores, whose menu vary little from that of a fritanga. The average price of a meal in a comedor is $3 USD. The most touristic destinations also have lots of international good restaurants.

Although water is supposed to be potable, I always advise to buy bottled water.

It is time to go to Nicaragua!

***************************************
About The Author:  Claudia Tavani – Claudia is from Cagliari (Sardinia) and is obsessed with travelling. A former human rights lawyer and academic, after devoting her life to the protection of cultural identity, in November 2013 Claudia decided to give in to her biggest passion and started travelling around Latin America, and she has hardly stopped since. Blogging came as a natural consequence, for Claudia wanted to let her family and friends be updated with her adventures.
My Adventures Across the World, www.facebook.com/myadvaw, twitter @Claudioula 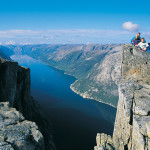 Discovering The Wild and Beautiful Coast of Norway 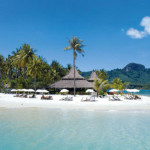