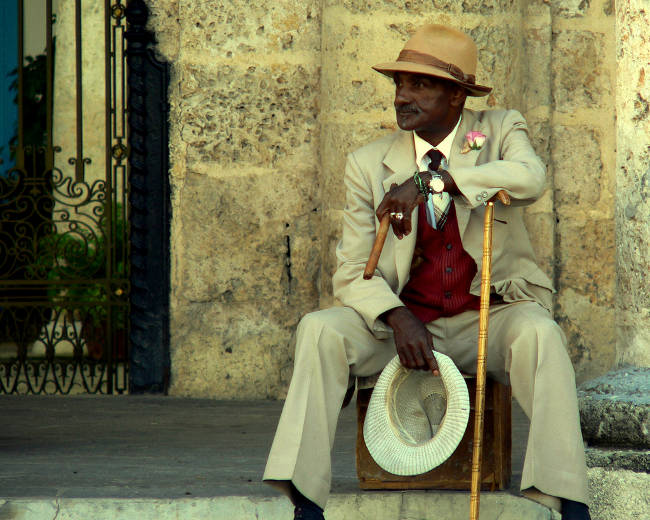 Important Insider Travel Tips To Know Before Heading Off To Cuba

Since the United States and Cuba have restored diplomatic relations, many have expressed the wish to visit the Caribbean island before the new political course changes its character for ever. I think it is going to take a good while for Cuba to overcome its long isolation, yet, I also believe that anytime is a good time to visit this incredible country. Cuba suits all needs and all tastes: it has beautiful colonial cities, lush nature and varied landscapes, gorgeous beaches, great hiking, diving and snorkeling opportunities, tasty food, fun music and dance and friendly people.

However, traveling in Cuba is not exactly easy or cheap. Transportation is less than efficient, there is no real online booking system for buses or accommodation (in fact, there is no wi-fi and internet access is almost impossible to find anywhere in the country), tourist traps and scams are around each corner. Even experienced travelers like myself may have a hard time backpacking their way through Cuba, and end up spending much more than expected.

So, here are a few of my tips on how to prepare for a trip to Cuba:

Deciding when to go

Any time is a good time to visit Cuba. However, I think it is best to travel there between November and March, during the dry season. It may still rain in some areas – it rained every day at some point when I visited Baracoa in February – but generally speaking it is not as hot and humid as during the rest of the year. It just makes it easier to visit and bare the heat.

Documents Before You Go

Whoever travels to Cuba is required to have a good medical insurance and a visa, called tarjeta de turista, which is usually valid for 30 days and costs around $30 USD. A good travel agency can provide both. Alternatively, the tarjeta de turista can be bought at the Cuban consulate.

Cuba has two currencies. Travelers are only allowed to use the Peso Convertible, known as CUC, which is more or less worth a dollar. The other currency is the Moneda Nacional (MN). The conversion rate is 1 CUC = 25 MN. I was able to get hold of a few MN but I could only use it to buy very few things, such as peanuts from a street vendor. Watch out for change when using the CUC as some of the notes are very similar to those of MN, which are worth much less. Credit cards are not used in Cuba: basically all payments are done in cash. There are ATMs all over the country, but occasional power cuts make it at times hard to withdraw. Cards generated by US bank accounts are not accepted. It is also better to carry Euro over US Dollars.

The average salary of a Cuban is between 12 and 20 CUC per month. Knowing this, I had a better idea of what things should really cost. Most of the bartering I had to do was for taxis. Jineteros (a word that originally referred to both female and male prostitutes, but which now is used to refer to the intermediaries that normally get a percentage for bringing business to a specific casa, restaurant or, more often, a taxi) normally state a price that is much higher than the one that should be paid. Knowing what the price of a ride should be always helps when bartering. I may be a bit ruthless, but my first offer after hearing the suggested price if for a tenth of it. Eventually, I settle to pay a fourth or a third of the original price.

I only used taxis for long distances if I could find people to share the ride, otherwise the costs would be too expensive for me. Travelers usually have a choice of two bus companies. Viazul is the most used one: buses are ok, at times very dirty, drivers tend to stop when they like (I happened to see a driver to stop first to buy some groceries, then to drop them off at home!), they are freezing inside and departure times are not always convenient. Tickets can’t be bought in advance, but going to the bus station and putting down your name on the list of passengers may help saving you a seat. Transtur buses are better and the prices are pretty much the same, but they don’t cover all the same routes.

Cuba is out of the main booking systems as known in the rest of the world; there are no hostels and there is no couchsurfing. Unless you are thinking of going to an all inclusive resort in Varadero and book a whole holiday package, chances are that you are going to stay at a casa particular (a homestay).

I always recommend casas over hotels. They are more personable; they are often located in gorgeous colonial homes; the rooms, which are usually double, all have private bathrooms; and they are considerably cheaper than hotels. Besides, owners can really arrange anything for their guests: from laundry to transportation; from delicious meals to day trips. The prices are not negotiable, but they are generally fixed for a city. So, a double room in Havana costs $30 USD, in Cienfuegos between $15 and $20 USD, etc.

Most people traveling to Cuba try to find a place to stay for the first few nights – usually in Havana – through a recommendation (a friend who’s been there before, a tip from a blogger) and make a booking via e-mail (if the owners do have an e-mail address) or, better via phone. Once there, the owners usually inquire about the future travel plans, and they will help out to reserve a room in the next place: they all have a friend, a relative, an acquaintance that runs a casa somewhere else and will want to help travelers by making their reservations, and friends by bringing them business.

In any case, traveling to a place without having any bookings is hardly a problem. I noticed that whenever the bus I was on approached the bus station, owners of casas particulares would be standing there, offering a room to travelers. A few times I showed up at a casa I had booked to find out that the room was actually unavailable, but the owners would immediately find me another place to stay, taking me to their neighbors, cousins or friends who also had rooms available.

Eating and drinking in Cuba

Cuban food is good and it can be really cheap. Paladares are cheaper than state owned restaurants, not to mention they are much tastier. Street food is good – I am Italian, I have an obsession for good pizza, yet I liked the pizza I bought from the “hole in the wall” for less than a CUC. Paladares tend to give huge portions, so, unless you have a very good appetite, you may save a few cents by sharing a meal. Among Cuban staples there are: tostones (fried plantain croquettes) and congris (rice and beans cooked with oil, garlic and spices), which always accompany chicken, fish, seafood or pork. The gourmet capital of the country is Baracoa. I particularly enjoyed eating octopus, lobster and shrimps in coconut sauce. Cocktails are always good too. I became addicted to mojitos!

Cuba is a safe country for backpackers and even for female solo travelers. The criminality rates are very low. Men and women alike may comment on a traveler’s looks and offer “sexual favours”, but I found that ignoring them discouraged them. Casas particulares are generally safe (but I advice to count your money every time you leave the room, lock your belongings and lock your room, just as an extra safety measure) and clean. In any case, merely stating the word “police” when harassed or robbed will produce an instant effect: harassers will disappear, and whatever was stolen will magically reappear.

There is no wi-fi in Cuba. It is possible to access internet at ETECSA centres but the line is so slow that it is discouraging. When I was visiting, I just decided that I may as well take the chance to detox from all social media and whatsapp. If I wanted to talk to my family I’d send them a text message or call them from the public phone!

Ready to go to Cuba now?

******************************
About The Author:  Claudia Tavani – Claudia is from Cagliari (Sardinia) and is obsessed with travelling. A former human rights lawyer and academic, after devoting her life to the protection of cultural identity, in November 2013 Claudia decided to give in to her biggest passion and started travelling around Latin America, and she has hardly stopped since. Blogging came as a natural consequence, for Claudia wanted to let her family and friends be updated with her adventures.
My Adventures Across the World, www.facebook.com/myadvaw, twitter @Claudioula
*******************************| 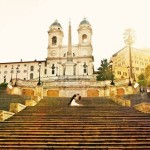