Summer is the time of year when millions of American families leave their worries behind and answer the call of the open road. It’s time to break out the coolers, tune up the car, and throw in your duffel bags.  While most road trips have an ultimate destination in mind, there’s plenty of adventure to be had between point A and B. Here’s a list of some of the most bizarre pit stops and roadside attractions you just have to fit into this year’s summer road trip.

Built in 1881, this six-story Trojan pachyderm was originally used to attract real estate clients and tourists to a slice of beachfront property south of Atlantic City. While initially a success, James V. Lafferty soon found himself overextended after expanding his business to both Brooklyn and Cape May, NJ. Serving a variety of functions over the years, the decaying oceanfront icon was finally rescued from demolition by the townspeople and named a National Historic Landmark in 1976.

In one of the craziest real estate schemes of all time, entrepreneur Robert P. McCulloch purchased the decaying 19th-century bridge over the Thames River in London and had it completely rebuilt in an empty expanse outside the newly founded Lake Havasu City, AZ. The outrageous speculation quickly paid for itself as the city became a favorite destination for sun-worshiping retirees and rambunctious spring breakers. It’s an oddity the whole family can enjoy!

Originally constructed in the 1960s by a former Knott’s Berry Farm sculptor to attract customers to his Wheel Inn Café, the 100-ton-plus Brontosaur and T. Rex became immortalized in the 1980s films Pee Wee’s Big Adventure and The Wizard. Today, the larger-than-life concrete creatures are part of a Young Earth creationist museum that boldly claims dinosaurs still roam the earth.

Half an hour outside of Tucson, the largest vivarium ever sits. It has been home to a series of controversial and unsuccessful experiments plagued with problems such as running out of food and oxygen, animal die-offs, and being overrun by cockroaches. The facility was saved from demolition in 2007 by the University of Arizona, and still sports an indoor rainforest, ocean environment with coral reef, mangrove wetlands, grasslands, and a fog desert.

Most people can’t afford to shop at Prada. However, not even billionaires can shop at the Prada store located on a desolate strip of US-90 outside of Valentine, TX. The permanent art sculpture by Berlin artists Elmgreen and Dragset doesn’t even have a working door. However, that hasn’t stopped vandals from breaking in and leaving their mark. It certainly is a strange little roadside attraction worth checking out.

Unlike the Prada Marfa Store, the Cadillac Ranch art installation along I-40 encourages visitor participation. Created in 1974 by the art collective Ant Farm, the exhibit features 10 mid-twentieth century Cadillacs half buried nose-first in the ground at the angle of the Great Pyramid of Giza. At times the cars are repainted, but most of the time are festooned with the graffiti of the inquisitive passerby.

With more than 200 billboards along I-10 promising motorists mystery and intrigue, The Thing continues to be a popular pit-stop despite its age and isolation. Shortly after quitting his job as a lawyer in Phoenix, AZ, Thomas Brinkley Prince moved to the empty desert and purchased a sideshow gaffe of a mummified mother and child. For decades, the couple expanded their curio shop to include a true wealth of roadside weirdness.

From the silly to the sublime, the patchwork of highways across America has never been short of wacky pit-stops and roadside wonders. So hop in the car, roll down the windows, crank up the tunes, and as McLaughlin & Lauricella, P.C. auto accident attorneys suggest, you make sure your car insurance is up to date and then start exploring. 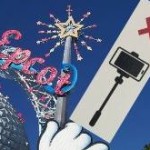 Hold That Smile…Selfie Sticks Are Banned From Disney Parks 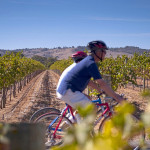