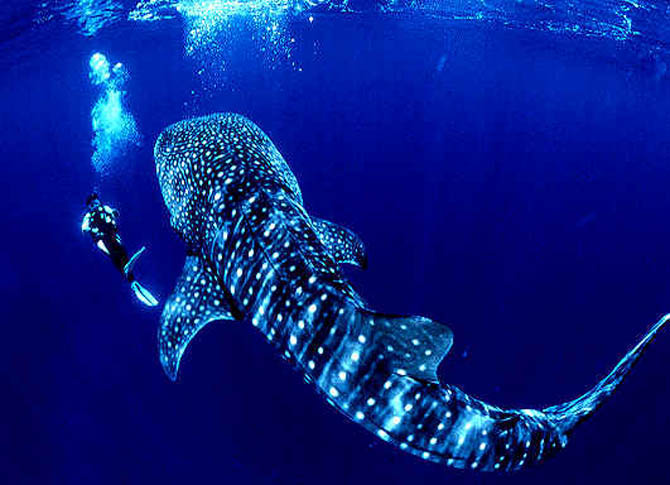 Swimming with the Gentle Giants at Ningaloo Reef

Ningaloo Reef on the west coast of Australia is one of the few places in the world where you can swim with the largest fish in the world, the majestic whale shark. Some enthusiasts even say that the waters off the coast of Western Australia’s Ningaloo Reef are the absolute best place to meet the gentle giants of the sea.

One of the reasons that Ningaloo Reef and the Coral Bay region in northwest Australia are very popular among divers is because you can access the reef from the beach. It is Australia’s largest fringing reef and beach entry makes it very easily accessible. Whale sharks’ migration through this area is pretty reliable and coincides with the seasonal mass spawning of the coral.

Although impressive in size, they move slowly and are inquisitive. Humans are not on their menu, so there is no danger of being eaten, as with other sharks you might encounter in Australia’s waters. It is one of only 3 known filter-feeding shark species; they feed on macroalgae, plankton, krill, crab larvae, small squid, etc. The whale sharks even seem inquisitive and swim incredibly close to divers. Maybe they are just as interested in the divers and the divers are in them. The documented longest length of a whale shark is 12.65 metres; although reports of 14 metre whale sharks have been regularly reported.

Ningaloo Reef and Western Australia’s coastline is adjacent to the beautiful blue waters of the northern Indian Ocean. If you are planning to visit Ningaloo Reef to swim with the whale sharks, the time frame you need to aim for in between March and June. There are several different accommodations available for you at Ningaloo including Ningaloo Reef Resort and Sal Salis beachside safari camp. You can also hire out boating charters, fishing charters, or just dive in right from the white sand beaches. Not ready to jump right in the water with a fish that weighs over 30 metric tons? That’s perfectly alright; you can take a ride in a glass bottom boat and see it all without getting wet! Ningaloo Reef features warm weather year round, so if you can’t make it during the whale shark migration, there are plenty of other things to see and do here the rest of the year. Here is a list of seasonal adventures to be had at Ningaloo Reef:

As you can imagine, these clear blue waters are a joy to snorkel and SCUBA dive in any time of the year. Swim with manta rays, turtles, dugongs, and plenty of other amazing sea creatures. A holiday in this region of Western Australia doesn’t always have to involve the ocean. Here are some holiday adventures to be had on land any time of the year:

For many people, swimming with whale sharks, or diving off the coast of Australia is truly a bucket list event. There is so much to experience here in this rather remote corner of Australia that you won’t be amazed at the diversity of nature here and the variety of things to do from relaxing to high adventure. There are very few places in Australia where you can be so close to the beach, the reef, and the outback in one location.

Important Questions To Ask Before Taking A Walking Tour 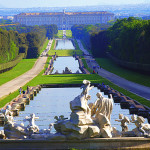 Unforgettable Places in Italy That You Never Knew Existed