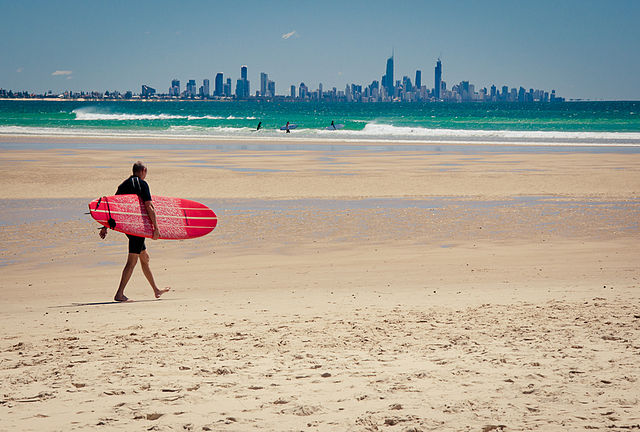 Here’s a glimpse of some amazing things you probably never knew about the wonderful country of Australia.  Beyond the wildlife and free-spirited lifestyle, here are more great reasons to visit.

It’s safe to say that Australia is the most unique place on the planet. It’s the world’s smallest continent, largest island and sixth-largest nation by area – all this in one place. Interested to learn more about this amazing spot? Here are nine surprising facts about Australia most people don’t know about.

The Great Barrier Reef is Australia’s most cherished landmark – it’s the largest coral reef in the world and at the same time the largest eco-system! It’s comprised of 2,500 individual reefs and it’s visible from space. But that’s not all.  If you decide to have a snorkeling experience on the Great Barrier Reef, make sure to bring some postcards – you’ll find the world’s only open ocean mailbox on the Agincourt Reef.  Several major tour companies stop at Agincourt Reef for the day including Quicksilver.

Now, that’s something really amazing – offering more than 10,000 beaches, Australia is a perfect place for those of you who love to spend their holidays by the ocean. Essentially, if you visited one beach per day, even 25 years of such a challenge wouldn’t allow you to see all the marvels of the Australian coast.

Entering the 21st century, Melbourne boasted as many as 151,785 Greek nationals – and that’s the largest Greek community in the world, except of Greece itself. If you love some spicy souvlaki with a side of garlicky tzatziki, or your sweet tooth is guiding your towards mouthwatering baklava, Melbourne is the best place to get your fix of the delicious Greek cuisine.

If you have a look at Australia’s coat of arms, you’ll see a red kangaroo and an emu bird standing on each side of the crest. The choice of animals native to Australia sounds obvious, but it was actually dictated by an old belief that neither species can move backwards – signifying the fact that the Australian nation is constantly moving forward.

The island of Tasmania is perfect for outdoor activities – with one third of the island recognized as national park or protected by World Heritage, you’re likely to find some peace and possibility to reconnect with nature. Some say Tasmania’s air is as clean as that of Antarctica – considering the vicinity, it might be even true.

A highlight of any trip to Queensland is Fraser Island – the largest sand island on the planet. It’s basically a paradise – inside the island, you’ll find the azure colored waters of Lake MacKenzie surrounded by serene white sands and shallow Champagne pools at the very edge of the ocean.

In total, Australia boasts 19 World Heritage Sites, three of which – the Royal Exhibition Building and Carlton Gardens, Australian Convict Sites and Sydney Opera House – are to be found in the cultural category.

The rest is partially or wholly natural – and that’s 7.5% of the world’s natural heritage. From the Great Barrier Reef, Tasmanian national parks and Uluru-Kata Tjuta National Park to hidden gems like Ningaloo Coast or Lord Howe Island Group, Australia has a lot to offer in terms of spectacular natural sights.

Attention wine lovers, Australia might be just the place for you! The country boasts as many as 50 different wine regions, located mainly in New South Wales and Victoria, bust also Western Australia. Alpine Valleys is one of the most picturesque wine regions in Australia.

One of the most famous scenic ocean drives is the Great Ocean Road. Incidentally, it’s also a war memorial – and a huge one at that! It was built by soldiers returning from the IWW and it was dedicated to those who died fighting. Today, the road serves not only to connect distant coastal communities, but also to bring joy to everyone who decides to follow it for some stunning sights.

Australia abounds with spectacular sights and marvels that are recognized all over the world. If you never suspected why it’s worth to visit this peculiar place, you’ll have some good reasons now.

How To Keep Lilacs Bouquets From Wilting 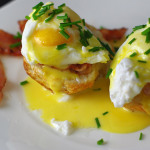 20 of the World’s Most Loved Brunch Dishes