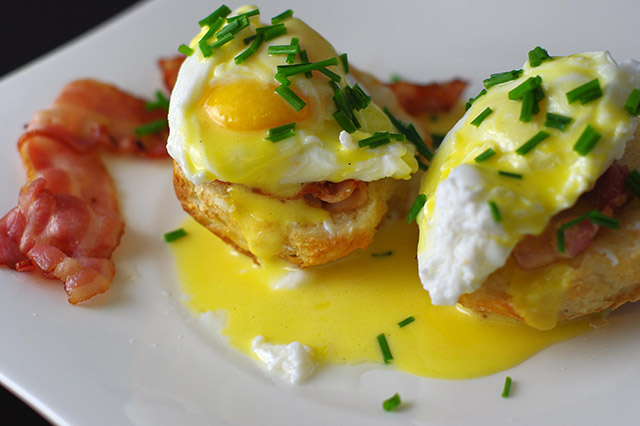 20 of the World’s Most Loved Brunch Dishes

The folks at Lonely Planet have just published a wonderful new cookbook, The World’s Best Brunches, where to find them & how to make them.

I’ve spent days flipping through the tempting photos, reading recipes and learning the origins of 100 of the World’s Best Brunch Dishes.  With each page I’m propelled around the globe remembering favored dishes I’ve sampled in far away places.

I’ve learned that French Toast was not necessarily created in France, that the Breakfast Burrito made its first appearance at the Albuquerque Balloon Festival in the 1970’s, and that in The Netherlands chocolate sprinkles (Jimmies to me) are acceptable breakfast food.

Another revelation is that most all of these recipes can be made by anyone with a well stocked kitchen, as most dishes had very humble beginnings.  This is a wonderful book to have in your cookbook collection.  You’ll turn to it time and again whenever you need a little breakfast or brunch inspiration!  So let’s take a look at 20 of the world’s most favorite brunch dishes:

Bill serves up his famous Ricotta Hotcakes in Sydney, London, Tokyo, Seoul and Honolulu.  The ultra fluffy and light pancakes get their exceptional texture and flavor from nuggets of ricotta cheese that are blended into the batter, then the hotcakes are topped with fresh banana and butter that has been studded with honeycomb.  A dash of confectioners sugar and you have a tempting plate.

This is a staple comfort food of the south, featuring a flaky buttermilk biscuit split open on the plate and then smothered with warm creamy milk gravy that’s made with rendered sausage bits.  The dish originated in the post-Revolutionary era when supplies were limited and there was a desire for a breakfast that was NOT British in origin.  The recipe needs only three ingredients….flour, milk and a fatty meat (oh yes, and a bit of baking soda and salt and pepper if it’s handy).

It’s hard to believe this dish was created in the early 1970’s, because it has become a universally popular breakfast dish in restaurants around the globe.  The Breakfast Burrito is thought to have been created by crews organizing the pre-dawn launches at the Albuquerque Balloon Festival.  Start with a warm flour tortilla and fill it to bursting with scrambled eggs, potatoes and your favorite breakfast meat.  Purists smother it with a spicy red or green chile sauce.

This sweet crunchy treat dates back to nomadic times when sheet and goat herders in Spain whipped up flour and water and dropped it into a frying pan with hot oil over an open fire.  Its name comes from the horns of the Churro breed of sheep.  Today it’s served in pastry shops in Spain and most cities of Spanish origin, sprinkled with sugar and served with a piping hot cup of thick hot chocolate sauce for dipping – yum!

When poached eggs meet creamy garlic and dill infused yogurt, it’s a divine combo.  This Turkish breakfast dish dates back to the 1400’s and can be found at outdoor cafes and restaurants all through Turkey and the Middle East.  Most plates are served with a drizzle of pepper-infused butter or a sprinkle of paprika and served with warm pita bread for dipping.

Simple ingredients of mashed potatoes and cabbage make a delicious breakfast and hangover cure if the rumors are be believed.  This dish has been a staple of Irish families for eons and is served either for breakfast or as a dinner side-dish.  A dollop or two of cream, butter and bacon makes all the difference in turning this easy dish into crave-worthy comfort food.

Tracing its roots to the Silk Road in China, these little pillows of steamed dough and filling were originated in tea houses to be served as a small morsel to accompany tea.  This simple fare grew into the famous Dim Sum brunch restaurants of Hong Kong and spread with the Chinese population throughout the world.  Today Dim Sum is filled with all manor of seafood, meat and vegetables.  And it’s pan-fried cousin, potstickers, have become equally as popular.

You might guess there’s someone named Benedict involved here, and you’d be right.  This poached egg dish is perhaps the king of brunch dishes around the world.  It’s believed the dish originated in New York City in the late 1800’s when Lemuel Benedict, a roguish banker, ordered an open-faced egg sandwich with bacon and then proceeded to pour hollandaise sauce over the top.  The observant maitre d’hotel noted his creation and added it to the menu.

Creamy, zesty and buttery (although there’s no butter here).  This favorite brunch dish for its pretty appearance is believed to have originated in the American Southwest where avocados are incorporated in breakfast, lunch and dinner dishes.  Tucking a sunny yellow egg into the hole created by the avocado seed seems almost obvious and the creamy result is sensational.

Could it be that French Toast wasn’t originally concocted in France?  It seems that stale bread soaked in an egg mix and grilled to delicious crusty perfection has been popular all across Europe for centuries.  Often called Roman Bread, Spanish toast, German toast and yes, French toast, it is indisputable that no breakfast buffet or brunch table would be complete without this popular comfort food.  Equally tasty served with a drizzle of maple syrup or powdered sugar, French toast today is often brought to new heights by being stuffed with fruit, cream cheese, nuts, and spices.

You just know an omelet from India won’t be bland!  A basic vegetable omelette is spiced up with chilli, coriander leaves, onions, bell peppers, and then perhaps some ground pepper, turmeric, and garam masala of course, before frying in oil or ghee.  This Indian Omelette dates back for centuries, but wasn’t named an omelette until the European colonialists arrived.

Who could resist a crispy round pancake filled with warm sweet and savory coconut cream that melts in your mouth!  These breakfasts treats originated in the 1600’s in the court of King Narai, who had contact with both the Danish and Japanese who produced similar round pancakes treats.  Today, you’ll find street vendors throughout Thailand serving up these warm crispy delights that burst their warm filling into your mouth – delish.

Shrimp and Grits are so popular in North and South Carolina and Georgia that they are regularly consumed at breakfast, lunch or dinner, making them the perfect choice for a brunch menu.  This dish originated with the Native American Muscogee tribe who ground the corn meal at stone mills.  West African slaved who were brought to southern states combined the grits with fish and shrimp caught in their nets in the creeks.  Today the recipe has been spiced up a bit with the addition of peppery sausage and brought to creamy goodness with cream, butter and cheese.

Eggs with the sophistication of France are combined and baked in a neat little ramekin.  This delicious egg bake combines an egg with creme fraiche, strips of smoked salmon and fresh chives.  The finished product is often embellished with foie gras, mushrooms or asparagus and served with crusty bread for dipping.  This delightful French breakfast dish has been on menus since the 18th century.

Another round confection wonder, the Pao de Queijo originated with the slave trade in the 1600s.   Slaves would salvage the residue from making Manioc Starch for farmers, then roll it into balls and bake it.  Today the manioc (tapioca) starch is combined with eggs and cheese, rolled into large balls and baked.  These are always served warm right out of the oven.

This delicious Portuguese treat was originally prepared by thrifty monks in the Monasteries of Portugal.  It seems that egg whites were used to clarify wines and to starch cloth.  Not wanting to discard the egg yolks, the monks filled puff pastry cups with a heavenly thick custard and baked them in a hot oven to caramelize the tops.  Many a visitor to Portugal has fallen in love with these delectable breakfast treats.

Shakshouka’s popularity is wide-spread as it is prepared in nearly every country in Northern Africa and is often considered the national dish of Israel as well.  Often brought piping hot to the table right in the pan, this dish consists of eggs are baked in a thick fragrant sauce made from tomatoes, peppers and spices.  The varieties are endless and frequently include adding chopped sausages, crumbled feta cheese, chillies, and fresh herbs.

Often considered the most popular hangover dish for breakfast, brunch or lunch in the Philippines, Tapsilog is comprised of fried beef, salty garlic-fried rice and a fried egg.  It is usually accompanied by a sprinkling of fresh spring onions, cucumber slices, tomatoes and pickled papaya (atchara) and a stalty dash of soy sauce.  Although Tapa (fried beef strips) have been prepared for centuries, this iconic brunch dish was invented by a restauranteur in metro Manila in the 1980’s.

Who could resist morning toast smothered in chocolate sprinkles?  Chocolate Hagelslag (meaning hailstorm) was created by a candy company in 1936 after receiving repeated requests from a young boy wanting a topping for his bread to make it less boring.  Today Dutch supermarket shelves are lined with choices of yummy sprinkles from dark or white chocolate to fruit flavors.  The secret to this breakfast favorite is to spread your bread with a thick layer of butter so the sprinkles will stick.  What could be wrong with that!

Could there be a brunch menu in the world that does NOT include a Bloody Mary?  This drink above all others has come to personify the relaxed indulgent atmosphere of a leisurely brunch experience.  First prepared at Harry’s Bar in Paris in the 1920’s by barman Fernand ‘Pete” Petoit who was experimenting with newly imported Russian vodka and the new invention of canned tomato juice, the drink became an instant favorite with American ex-pats.  Over the years the Bloody Mary has morphed from it’s original base of tomato juice, lemon juice, dash of Worcestershire sauce and a celery stick, to become a fiery cocktail with liberal dashes of hot sauce and a veritable salad being added as garnishes.

Recipes for all of these delicious brunch dishes are available in Lonely Planet’s newly published cookbook, The World’s Best Brunches, where to find them & how to make them.

0
0
Culinary Travel, Featured, Food and Wine, Taste of our Travels 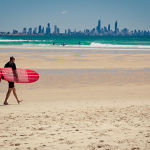 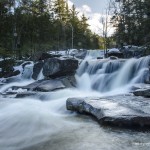