But what if you could see it as it was in its hay-day in the early 1900’s when dozens of movies and later hundreds of TV shows chose Venice Beach as their ideal location? Don’t worry if you left your time machine at home, because it just so happens that Venice has been one of the world’s most filmed movie locations for over a century and you can tour to discover its most iconic film locations.

Abbot Kinney’s “Coney Island of the Pacific” was born in 1905, just before the movie industry came to LA for its year-round sun. Since then, Hollywood’s love affair with Venice has brought entertainment to millions around the globe. So I decided to track down the locations of the 100-plus movies and TV shows shot in this iconic city.

Here are some highlights:

The oldest existing clip I found predates Hollywood’s first feature-length film, “The Squaw Man” by four years and is one of the first of 249 made by “America’s Sweetheart,” Mary Pickford. It was shot in the Grand Canal, which was paved over in 1929 and is now called Grand Boulevard. In the background is Villa City, a tent community where guests spent the weekend after taking the train from downtown LA. Forget roughing it. Villa City residents enjoyed indoor plumbing and electricity– not bad for 1905. The house with the gable in the frame below, built in 1910, is still with us.

In January 1914, producer Mack Sennett sent a brand-new 24 year-old British actor to Venice to take advantage of the crowds attending the Vanderbilt Junior Cup Auto Race. On his way, this young Vaudevillian grabbed a derby and a cane and put on a fake mustache, and it was at this intersection in Venice that the most popular film star on the planet was born. Like Borat 100 years ahead of his time, he clowned around before the unsuspecting crowd, so the reactions you see are real. Little did they know that they were the first of millions to be entertained by none other than Charlie Chaplin.

Chaplin wasn’t the only comedy star to utilize Venice for laughs. In 1920’s “Number, Please?” gravity-defying Harold Lloyd used new-fangled devices like the phone and a hot air balloon to win the heart of Mildred Davis, taking us on a madcap frolic through the amusement park attractions of Venice and Ocean Park. Alas (spoiler alert), poor Harold does not get the girl in the end, and the closing shot finds him riding to oblivion on Venice Beach’s miniature railroad. As you can see in the photos below, he passes the present location of grocery store “Windward Farms,” which was still a grocery store back in 1920.

The inspiration for Betty Boop, Clara Bow, the epitome of the Roaring 20s “Jazz Baby,” was Marilyn Monroe, Angelina Jolie and Megan Fox all wrapped in one dynamite package. So where does the ultimate flapper go on a date in the movie that gave her famous nickname, the “It Girl”? Why, Venice Beach of course! Specifically the Venice Pier Fun House. Also used by Our Gang and Laurel & Hardy, this is the same Fun House that Carole Lombard rented one night in 1935 for a private party for her famous friends, including Cary Grant and Marlene Dietrich. Unfortunately, the pier has been gone since 1946 with Venice’s famous Breakwater the only sign that it was ever there.

Clara Bow in “It”

As the decades passed, Venice fell on hard times. The city of Los Angeles filled in the canals in 1929, tore down the pier in 1946 and demolished most of its historic buildings between 1964 and 1965. In came the beatniks, followed by the hippies, the homeless and the gangs. The “Coney Island of the Pacific” gave way to the “Slum by the Sea,” and the films now shot in Venice reflected the changes. In 1972’s “Cisco Pike,” Kris Kristofferson plays an ex-rock star forced to sell drugs for a living. In 1993’s “Falling Down,” disillusioned Michael Douglas tries to get home to the life he no longer has. Both films depict Venice as a nightmare landscape whose best days are behind it. Cisco’s apartment is now a bike rental shop, while Michael Douglas meets his end at the end of the 1964 fishing pier.

And let’s not forget TV! In addition to being where Jack Tripper fell off his bike in the opening credits of “Three’s Company” and the background for many scenes in “Baywatch” and “Pacific Blue,” Venice was also the TV home of David Duchovny in “Californication.” Of the many Venice locales depicted, two that stand out are the Venice Sign where he was carjacked and his actual home on Brooks Avenue.

Venice is now experiencing a renaissance, and its newer movies, TV shows and music videos, like “Californication,” “I Love You Man,” and LMFAO’s “Sexy and I Know It,” reflect its new hipster vibe. Of course, with all its ups and downs, one thing has remained constant in Venice: The cameras have never stopped rolling. 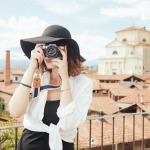 How To Travel The World on $50 a Day, Just Get Out and Explore! 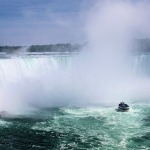