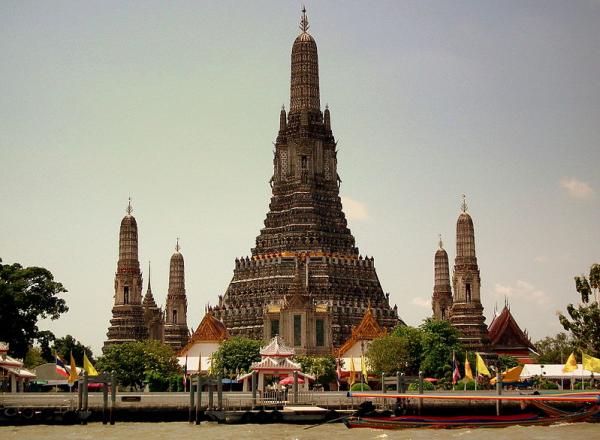 See The Best Sites of Bangkok in One Unforgettable Day

Best of Bangkok in 24 Hours

Bangkok, Thailand, is a large, exciting city that has so much to offer for the international tourist. It features a unique combination of the ancient and the thoroughly modern, all wrapped up in a frenetic urban environment. You could easily spend a month exploring the city and still not scratch the surface of everything you absolutely must see there.

But what if you only have 24 hours in Bangkok? How can you possibly see everything this quintessential Southeast Asian city has to offer? The fact is you can’t. But if you follow this guide, you can absolutely make the most out of every minute of your limited time in Bangkok.

Power Up for Your Journey

If you are going to see as much of Bangkok in 24 hours as possible, the first thing you are going to need is to have a traditional Thai breakfast at the In Love Restaurant. Located at the Thewet pier taxi stop, this world-renowned restaurant makes the perfect jumping off spot for your tour.

You can enjoy a full Thai breakfast while admiring the view of the river and the city that lies beyond it. The food is top-rate, the service is impeccable and the scenery is astounding.

When you have finished your breakfast, jump in a water taxi and cross the Chao Phraya River to the Wat Arun Temple. One of the most famous landmarks in all of Southeast Asia, you are certain to recognize the temple from all of the many photographs of it that have been published in magazines and travel websites over the years.

Wat Arun also figures in one of Thailand’s most colorful festivals, the Royal Kathin where the king travels down in the Thai royal barge procession to present new robes to the monks after their 3-month lent period.

If you make it there early enough, the Wat Arun temple is the ideal place to watch the sun rise in Bangkok. Climb to the top of one of its central towers to watch the sun’s rays peek through the city skyline and splash the river with golden color. It’s a sight you will always remember.

You could spend weeks wandering through Bangkok’s outdoor bazaars admiring traditional Thai textiles and its arts and crafts. But the Jim Thompson House offers you a way to see much of it under one roof. Located next to a klong across from the city’s Bangkrua area – the traditional home of the city’s weavers – the museum is composed of six separate antique Thai houses that have been fused together into an architectural masterpiece.

Plan to spend at least a few hours wandering through this lavish yet eclectic museum of Thai design and arts. If you become a bit overwhelmed by all of this Thais social history, step into the adjoining tropical gardens for a restful respite.

Thompson was an American who settled in Bangkok after World War II. He was an outspoken advocate of Thai art, design and architecture and is widely credited with introducing it to the rest of the world. His legacy lives on in this fascinating museum.

Once the official residence of King Rama V, the Vimanmek Mansion is the world’s largest teak building. In fact, the residence is also known as the Teak Palace. After touring the buildings’ stunning interior, step outside and walk a few yards down the street to see the Old Parliament building.

After grabbing a quick lunch of traditional Thai street food in one of the city’s many outdoor markets, jump into a cab and head for the Wat Po, also known as the Temple of the Reclining Buddha. Dating back to the 16th Century, the temple is the oldest and largest Buddhist temple in Bangkok.

It’s also the birthplace of Thai massage. And you can still get a traditional Thai massage there a little under $10. You’ll need it to work off the stress of trying to see everything in Bangkok in just one day

Your final destination is the most incredible of all. Bangkok’s Grand Palace is the traditional home of the Thai monarchy. It features huge palace grounds that include elaborate gardens, intricate architecture and countless rich details.

Finish your journey to the palace by visiting Wat Phra Keo, also known as the Emerald Buddha. The statue is believed to be over 2,000 years old and has been an important part of Thai culture and history since the 1700s. You will be asked to remove your shoes as you enter the temple. Spend your last few moments in Bangkok in quiet solitude contemplating all the amazing sights you have seen during the past 24 hours.

As you head back to your hotel, take in all the exotic nightlife that Bangkok has to offer. Catch a late dinner and a relaxing drink at one of the many fine gourmet restaurants that feature authentic Thai cuisine. There is nothing quite like it in the world like Bangkok and it is uniquely Thai in both its flavor and colors. 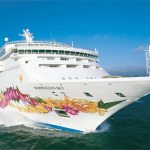 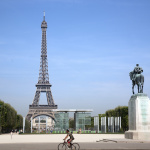 8 Ways To See Paris Differently – Get Off The Tourist Trail