Come on a with us on a fascinating historic stroll through Warsaw, Poland

What fascinates me about Warsaw is the immense depth of of its cultural history. Warsaw is the capital city of Poland after the medieval capital city of Krakow. What is more eerie, is that Warsaw was completely destroyed during the World War II, with many lives perishing in the town. But humanity’s spirit never wanes and Warsaw is a symbol for that; today almost every standing structure in the city is postwar era renewal. Thanks to the ingenuity of the city’s talented engineers, the quaint old district of Stare Miasto still stands fully-restored. There are also the scenic towns of Nowe Miasto and some monuments and cemeteries that serve as historic attractions.

As to why the whole city is so interesting, it is because of its beautiful and ugly history. If you simply want the ramifications of war and peace, Warsaw is just the perfect illustration, in fact the best imagery for that matter.  After a rich and prominent place in early European history, including the masterful music of Fryderyck Chopin, Warsaw and much of Poland was ultimately almost completely destroyed by the Nazis.  But the spirit of Poland proved indomitable and the beloved city of Warsaw has been rebuilt to it’s former and future glory.

Warsaw is just perfect for walking since most of the historic sites are just beside each other.  The transportation in the capital is also very friendly and top notch. If you fancy urban adventures, just take the buses or the trains but sometimes the track routes can be tricky if you do not know your target destination by heart. As always, the friendly locals are more than willing to point you in the right direction.

You’re best to book a hotel near the Centrum area because it practically encloses multiple touristic districts, the most scenic of which is the Śródmieście. Some interesting districts that go beyond downtown are Wilanów and Kabaty, with dramatic transitions ranging from palace grounds to forests.

The most popular museum is the Warsaw Uprising Museum hosting about anything pertaining to the historic struggles of the Poles on World War 2. The uprising took many lives including women and children and the Nazis even destroyed the capital when the Poles slowly gained grounds.

Warsaw has modern museums as well like the local’s favorite, Heavens of Copernicus, featuring modern equipment used to observe the heavens. This is one of best planetariums in the whole of Europe graced by film projections and lectures too. Best bring your children with you if you want them to be scientists one day.  The modern presentations are meant to inspire young minds to look beyond things that most of us tend to overlook since we have so much on our plates to worry about already.

You can culminate your tour by strolling the old town. Observe the new buildings because underneath them were the old ones that burned to the ground.

Have fun and don’t forget to bring your ESTA (Electronic System for Travel Authorization) Visa with you for an incredible and hassle free fun adventure in Warsaw. 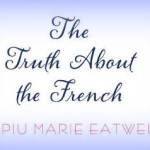 Entertaining New Book Reveals The Truth About Living in France 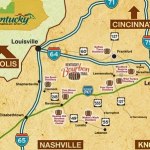