New Laws Call for On Board Crimes to Be Made Public

Have you ever thought about possible crime occurring on board a ship? Most cruisers don’t.  But as cruise ships become larger and now carry as many passengers as some small towns, crime on board should not be overlooked.  Crime aboard cruise ships is not a topic that is openly discussed on the news or throughout the cruise industry, but it does occur. And although cruise lines would prefer to hide the stats, cruisers have the right to know what has happened on board their ship prior to leaving port.   Thanks to a recently passed law, vacationers will now have access to crime statistics.

With the passage of the law, cruisers are able to view the Department of Transportation’s website prior to taking a cruise to see exactly how many people have been assaulted, raped, robbed or killed on board a particular ship leaving from any U.S. port. The law calls for cruise lines to report crime and make them public “without regard to the investigative status of the incident.” This is important because just a couple years ago, the law only required crimes to be reported if they were “no longer under investigation by the FBI.”

Given the world we live in, when most people choose to visit a different country or take land-based vacations, they tend to do basic research about the area and the locals — some also learn about crime in the area. Why wouldn’t you then, as a cruiser, want to have access to that same information about your ship? Wouldn’t you feel better if you knew your cruise ship had a low rate of crime (or even better, no crime) on board? Of course you would.

That is not to say that a crime will not or cannot occur during your particular cruise, but having the information will likely give you and other cruisers a sense of safety while you remain vigilant.  The cruise industry still maintains that cruising is safe and that people are more likely to become a victim of crime in their own neighborhoods than on-board a cruise ship.

A sponsor of prior cruise safety legislation stated that passage of this particular legislation “will ensure that anyone considering a cruise can easily view a more accurate number of crimes that occurred on each cruise line, and the nature of the crime.” This is a major victory for cruise safety advocates who have continued to battle the cruise industry on behalf of cruisers’ rights.

Additionally, the Cruise Vessel Security and Safety Act of 2010 requires that all criminal activity on a cruise line be reported to the Federal Bureau of Investigation. You can view the cruise line reporting statistics on the United States Coast Guard website.

So, before you take that cruise of a lifetime, do your homework. You’ve heard the old saying, “knowledge is power.” That is especially true in this instance. Know what you are dealing with beforehand and stay alert for any suspicious activities onboard. Do not assume that your “floating oasis” is crime-free, be aware of your surroundings no matter where you go. 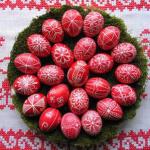 Easter Season in the Baltics Should Not Be Missed 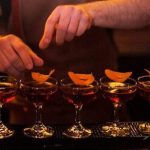 Toronto’s Best Bars and Restaurants For a Good Time