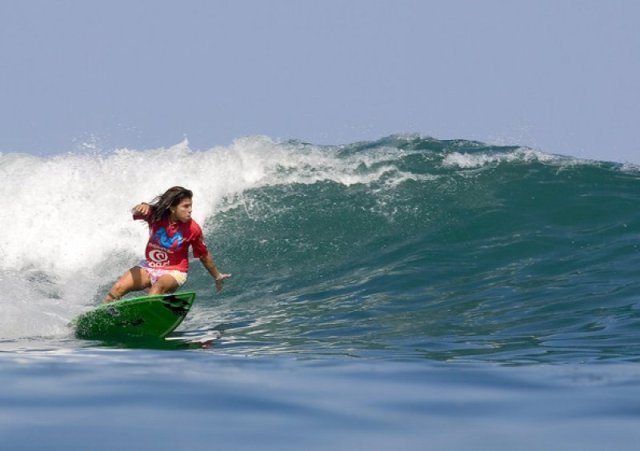 Come to Peru for Inca History, Stay For The Surfing Beaches

Peru is best known for the ruins at Machu Picchu, but the Pacific Coast beaches should not be missed!

Peru is best known for the ruins left behind by the Inca. But Peru’s earliest civilizations appeared on the coast, drawn by the plentiful fishing in the Pacific Ocean. In recent years, visitors have increasingly felt the ancient pull of Peru’s shores. Many of these beaches have pristine sand and outstanding surf waves.

Peru’s Pacific waves crash near some of the country’s most interesting attractions. In the north, the beaches are typically a short drive from fascinating archeological complexes and their associated museums. Both northern and southern Peru have ecological reserves near the coast. Lima, the capital city, has the busiest beaches in the country.

Here’s a list of some of the country’s most popular beaches, and ideas about where to visit once you’re finished with the sun and the sand.

Máncora is indisputably Peru’s surfing capital. The waves are not too large, but they attract beginners and serious surfers alike. Unlike a lot of beaches in Peru, there aren’t many rocks on the beach at Máncora. Northern Peru has warmer water, and surfers visit this town year-round.

Las Pocitas Beach is just down the road. It has great swimming conditions, but doesn’t get as packed as Máncora. Visit this beach if you want to avoid crowds on the weekend. Other popular beaches in this area include Los Órganos (to the south) and Punta Sal (to the north).

Two hours north of Máncora, you can visit the Mangroves of Tumbes National Sanctuary. Mangroves are trees with large roots that grow in salt water, creating a habitat that serves rare species of both marine and mammalian varieties. People visit the reserve to look for the park’s many endangered birds, as well as the rare red mangrove trees.

For thousands of years, Huanchaco was a rural fishing village. To this day, you can sometimes see fishermen taking to the water in boats fashioned out of reeds. The beach at Huanchaco has good waves that are easy enough for beginner surfers.  Huanchaco is just a few minutes’ drive from the town of Trujillo. Trujillo is best known as an archeological hotspot, a town surrounded by ruins from some of Peru’s oldest cultures.

While you’re staying in Huanchaco or Trujillo, be sure to visit Chan Chan, one of the area’s most notable sites. Chan Chan served as the capital of the ancient Chimú culture. It is a huge complex, and in its heyday had a population of around 10,000 people. You can still see its enormous walls, and admire the carved reliefs of birds and other stylized animals. Walls at Chan Chan form a complicated network, and walking amidst these ruins can feel like wandering through a maze.

Cabo Blanco is a popular surfing and fishing beach. Ernest Hemingway supposedly used this beach as the inspiration for his classic story, The Old Man and the Sea. Hemingway came to Cabo Blanco because of the abundant fishing. Right off shore, the Humboldt Current brings with it large populations of fish. The Humboldt Current is an upwelling of very deep water, and produces the most plentiful marine ecosystem on the planet.

This beach has been made less scenic by the occasional appearance of oil drilling machinery. Nevertheless, this beach’s literary fame and large waves make it worth a visit.

Lima is a coastal city, where surfing champions are some of the most popular local celebrities. On the weekends, the beaches within the city proper get increasingly crowded. Playa Barranco and Play Miraflores attract locals and visitors alike.

The Miraflores neighborhood beach lies at the base of a steep cliff. At the summit, you’ll find some of the colorful parks that characterize this fashionable neighborhood. They are full of flowers, and worth visiting for a sunset stroll.

Lima’s Barranco neighborhood has some of the best nightlife and restaurants in the city. Take a long walk down Playa Barranco, and work up a big appetite before you explore your dining options.

If you’re looking to avoid crowds, head a little bit south to the beaches of Punta Hermosa. These are also excellent beaches for surfing.

At Paracas National Reserve, you can spread your towel on a number of pristine, quiet beaches. Most of the beaches here have white sand, but a few, like Lagunillas Bay, have red sand. At Playa Atenas, you’ll see the shape of a candelabra (a candle holder) carved into the face of a cliff. It’s known as “El Candelabro,” and historians aren’t sure who left it there – it could have been pirates, or the ancient Paracas people.

Swim at a Paracas Reserve beach, and share the water with an abundance of marine life. This park was established in 1975, mainly to protect the populations of rare or endangered sea creatures that call this part of Pacific Ocean home.  If you came here to surf, the best waves are on an island just off the coast of the reserve. It’s called San Gallán, and to get there you’ll need to hire a boat. These waves are huge, and you should only attempt to ride them if you are a very experienced surfer. Otherwise, just visit for the stunning spectacle of the giant waves and the nearly empty, white-sand beaches. 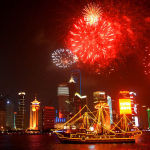 48 Hours in Shanghai – Best Sites To Have The Most Fun 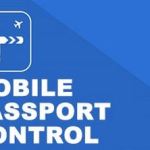 New Mobile Passport App Lets You Speed Through US Customs