Australia Day Is An Unforgettable Time To Visit Downunder

Every year on January 26th, Australia celebrates a national holiday to commemorate the first arrival of British Ships to Port Jackson, New South Wales in 1778. Termed ‘Australia Day’, this annual event is an opportunity for small and large events to take place around the country, from beach parties to parades with everything in between, including concerts, sports and fireworks.

So what exactly can you expect to see and do when you celebrate Australia Day? Here’s our round up of some of the top reasons to head down under for Australia Day.

Soaking up the sunshine

Our winter is actually summer down under, so Australia Day tends to enjoy average temperatures of around 86˚F around the country, as well as plenty of Aussie sunshine. This makes for perfect conditions for many of the day’s activities, as well as enjoying the many fantastic beaches, hiking trails and sports around the country. This annual holiday is time for enjoying activities with friends and family, so pack a picnic and make the most of the sunny weather.

Each year Aussies gather in each state to attempt a world record for the longest line of giant inflatable flip flops (or ‘thongs’ as they’re called down under) floating on the sea. Currently in it’s 10th year, all of the states of Australia battle to be this year’s champion. Head to Beach in Sydney, Glenelg Beach in Adelaide,  Cottesloe Beach in Perth or Mooloolaba Beach on the Sunshine Coast to take part or simply watch and enjoy from the sidelines.

The Ferrython race in Sydney Harbour

One of Australia’s most popular and iconic events sees all of the ferries of Sydney Harbour race from Circular Quay to Shark Island and back to the Sydney Harbour Bridge, while crowds gather to cheer on from the parks and pathways of the foreshore. Arrive early for a good spot and the ferries will set off at 11am, filling the harbour with boats and excitement.

Australia is world-renowned for its spectacular fireworks displays and Australia Day often sees some of the biggest and best the country has to offer. All major cities will be holding impressive displays, including Darling Harbour in Sydney, Langley Park in Perth and The Parklands in Brisbane.  You can usually spend the day enjoying music concerts, art installations and entertainment and the evenings being delighted by the wonderful fireworks.

Australia Day is an opportunity for Aussies and visitors alike to openly celebrate the country through dress. Most people will be draped in the Australian flag, or will don the Akubra (an iconic outback hat). The national sporting colours of green and gold are popular, as is the ‘true blue’ of the flag and most people will enjoy adorning their faces with colorful face paints depicting the flag or the iconic southern cross star constellation.

It doesn’t take much of an excuse for Australians to fire up a barbecue for friends and family, so it’s often the natural choice of meal each Australia Day. Most beaches and parks have public barbecue areas that you can use and share throughout the day while making the most of the great weather. Other popular dishes include iconic lamingtons – a traditional Australian sponge cake with plenty of jam sandwiched in the middle, coated in a light layer of chocolate icing and rolled in coconut. Wash this all down with some Australian wine – it’s amongst the best in the world!

Yabun is the largest single day indigenous festival in Australia, gathering crowds of up to 15,000 people in Sydney’s Victoria Park each Australia Day. The day showcases some of the best indigenous music talent in the country, as well as offering dance displays and talks from some of Australia’s leading artists, authors and thinkers. There will also be a wealth of family-friendly activities, sporting events, food stalls and cooking classes. “Yabun” is a Gadigal (a group of Aboriginal Australians) word meaning to make music with a beat and this year will be the 13th year the festival has been held.

Eastern Europe in Winter Will Amaze You 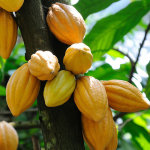