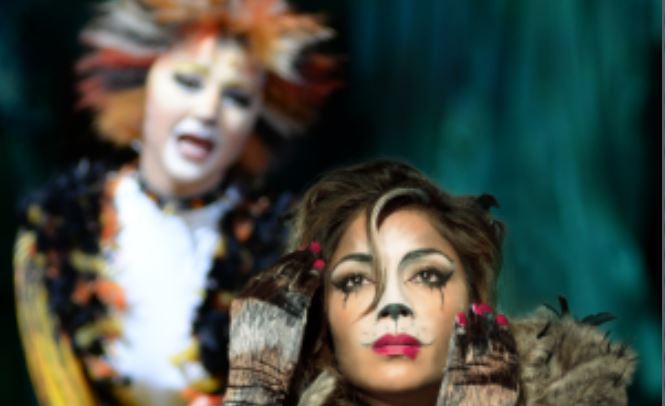 What’s New On The London Theatre Scene for 2015

Here’s what’s new and exciting on the London Theatre Scene for 2015.  Ever since the Olympics (I know that is old news but stick with me) London‘s Theatreland has had a newer fresher feel to it.

There were a lot of shows that were hanging around a bit for no other reason than they could. But in 2012 many shows that were not cutting the ice closed and some others that just came in to town to reap the rewards of an Olympic year, rightly disappeared into obscurity!

Ever since then visitors to London have enjoyed a plethora of new and exciting productions – from “Charlie and the Chocolate Factory” to “The Commitments” and “The Book of Mormon”. Not that the old shows are losing their appeal! In a poll recently released by TheatreBreaks.co.uk the top two London shows on UK visitors’ must-see lists were “Jersey Boys” and “Disney’s The Lion King”!

So what do visitors to London‘s West End theatres have to look forward to in 2015?

Well the current popular shows are all booking deep into next year: “Miss Saigon”, “Billy Elliot”, “Wicked” and “The Phantom of the Opera” all make it easy to plan well into the future for your London theatre trip, as are new West End hits like “Made in Dagenham” and “Memphis” – more on that later.

But there are some shows that will close early in the year making a trip to the theatre for fans of certain plays and musicals a little more urgent – I’m thinking of “Once” and “Urinetown” and the seasonal favourite, “White Christmas”.  The issue with these new shows is that, without knowing what they are all about, it is hard to work up any enthusiasm for them (unless you are like my friend Harry who prefers not to know!)

But many new shows opening in London at the moment don’t have that issue – why? Because they are either an adaptation of a film or a book that we already know and love (like “The Commitments”) or they are a brand new production of a previously successful show – like “Miss Saigon”!

Yes the Andrew Lloyd Webber musical about cats which gave us the super smash hit Memory is back from the end of this year. It is on at the iconic London Palladium, which is a tourist destination in itself and, unlike the first time round, no-one is scratching their heads thinking “What on earth is ALW doing writing a musical about Cats?” We all know! It stars ex-Pussycat Doll Nicole Scherzinger as ‘Memory’ singing Grizabella

Women on the Verge of a Nervous Breakdown

I was lucky enough to be invited to the industry launch of WOTVOANB this week to hear an excellent cast, including Tamsin Greig and Hayden Gwynne perform some of the songs that will help bring this iconic 80’s film to the stage. For those who don’t know it is set in Madrid and features the messy love lives of the main characters – one who is dating a terrorist and the other… well I don’t want to completely spoil it! The music is influenced by the city in which it is set and has a fabulous latino vibe.

Another film gets the musical treatment. This popular British comedy about an Indian girl whose footballing talent sets her at odds with the traditional life that her parents want for her will take its musical queue from a fusion of Bollywood and Western musical styles. and is bound to be a joyous affair in keeping with its Bollywood-esque themes.

The latest in a long line of shows that have crossed the pond from Broadway, including most recently the hugely popular “Memphis” starring Beverley Knight and Killian Donnelly, Motown will open at the Dominion Theatre later in 2015 which is perfect as when it closes in New York in January the costumes wont go to waste! The show tells the true story behind the world’s most iconic sound and features songs by Diana Ross, Michael Jackson, Smokey Robinson, Stevie Wonder, Marvin Gaye and The Temptations.

In a similar vein to Motown, Beautiful tells the true story of song writer Carole King. It’s also come from Broadway but, unlike Motown, they obviously have two sets of costumes because the New York Motown and the London Motown will be running at the same time! It’s a lovely story and the list of songs are as long as your arm.. if you are struggling, maybe this short list will help: Up on the Roof, You’ve lost that loving feeling, Pleasant Valley Sunday, (You Make Me Feel Like) A Natural Woman, Take Good Care of My Baby and the Locomotion. WOW

So if you are thinking of coming to London make sure you get to see a show and, if you chose one of these, make sure you book ahead, they could be sold out by the time you arrive!

*****************************
About The Author:  Simon Harding has been promoting London‘s Theatreland as a destination for cultural tourism for over 30 years – that is before Cats came into town the first time round! He is author of London Theatre and Theatre Breaks – a freely downloadable eguide about making the most of your theatre trip to London – available at http://www.theatrebreaks.co.uk/london–theatre-book/
******************************
Credit: Photo of Nicole Scherzinger in Cats photo by Uli Weber 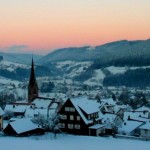