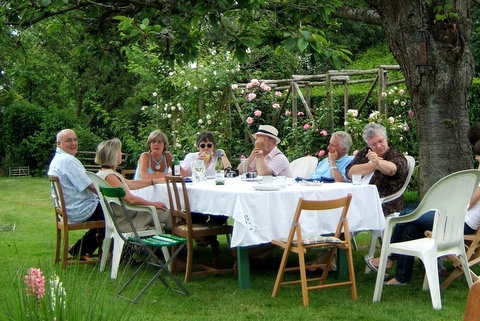 A Memorable Experience – Cooking For New Friends While Traveling

The French word for “buddy” (“mate”) is “copain”: the person you share your bread with. When you’re traveling alone, you often have to meet people and ask for their advice, assistance, sometimes they will even offer you a place to stay for a few days. In many countries, hospitality is an obligation, and people you’ve never known before will do all they can to help you, just because they feel it’s something they have to do. And as for you, you feel obligated and perhaps grateful beyond words. So…. you can just go to the next supermarket (or the next bookstore) and buy them a present just to show how much you appreciated their attitude.  But there’s also something better you might want to try… cook for them!

To prove that you consider your new acquaintances as “copains”, that they will remain your friends long after you’re gone; cook something for them. OK, I’m French, and it isn’t only a cliché to tell that food is important to us, but everywhere around the world, people enjoy it when you serve them something a little more sophisticated than what they may be used to. Of course, it takes time, it might be risky if your tastes are different from theirs, but it’s worth trying because when it works,   you came as a traveler, but you’ll leave as a true friend…

You might cook the meal whose recipe you can perfectly master.  Personally, I’m not a professional chef, so I cook something quite simple, just using different kinds of vegetables (at least 3) and make an effort to have the plate look well composed. Or, if you’re more experienced, prepare something like you’re personal interpretation of a local dish.   If you try it, you’ll find that this moment where you share your own food with your new friends is the achievement of your journey: that’s the moment when you feel you’re not only a visitor, but, for a few hours, you can also be the host.

Here’s how to go about it:

#1 Finding food in the “ordinary world”.

Let’s say your new friends are not wealthy, and they don’t go to a restaurant every other day, and they don’t have a cook at home. So a few times a week, like everyone, they go to the market to buy their food, so why don’t you go with them? Or have a look at it by yourself? A city is not only made of museums and cafes and concerts halls, the ordinary people go to the market place – and besides, some of them (for instance in Budapest) are as beautiful as many other monuments: I spent hours in Központi Vásárcsarnok (the market hall in Budapest), and that’s really a marvelous place to visit. Flavors, colors, sellers and buyers discussing about quality and prices: that’s where life really is. And it’s so amusing getting lost, when you’re alone, trying to explain what you want (the easiest way is to prepare a list in the local language, so that you just have to show it), and repeat the few words you’ve learned – at least you’re able to say “hello”, “thank you” and “goodbye”. Well, be also prepared to feel humiliated: in Kracow (south of Poland), when I tried to to pronounce “Ogórek siewny” (polish for cucumber) everyone laughed at me because it’s sounded like Chinese the way I said it. But never mind, I went out with my cucumber.

2 Adapt yourself to the local habits (or try to convince your friends to try it your way).

In France, people are used to eating all together around a dining table, you eat first a cold starter, than the main plate, and then cheese and/or a dessert. You drink some wine according to what’s on your plate, and no one would wonder if the cook’s gone crazy if he serves a slice of apple along the meat. In other countries, things may be different, just, and you haven’t traveled a hundred miles to be in a place that looks just like your home town, have you? So whatever you cook for your friends, try to compromise. I love chicken with honey, but I know it’s surprising for people in Eastern Europe, so I don’t put honey in the pan but on the table, for people to add to their meat or not. If I can find some, I buy chutney, and I explain to people that, yes, it’s sweet, but it can be eaten for the rest of it. They try it, just to be polite, and, even if some of them don’t like it, they’re always happy to discover something new.

Also, consider preparing something more “classical” in case your guests don’t really appreciate what you’ve served, and to bring it from the kitchen if you feel that they’re not really enjoying you’re pancakes, your Wiener schnitzel, your Italian gnocchi or your Bulgarian banitsa. You can learn from my mistakes: in Sarajevo, I prepared chicken (a small portion in every plate) and half a tone of vegetables, and after diner, the oldest son of my hosts was sitting in the kitchen eating fried eggs. They’re accustomed to consuming a hundred times more calories than I do, they don’t pay attention to their weight or health (and also, though I’m not vegan, I try to reduce my consumption of meat), and vegetables weren’t fat enough for them. But don’t worry if it happens to you, it’s the thought that counts…

3 Change the social rules a bit

If you’re a man, born and raised in Western Europe, traveling in the Balkans (for instance), and you tell your friends “tomorrow, I will cook for you”, they might be surprised: men do not cook, usually, it’s not their business, except if it’s a barbecue (in that case, woman are not allowed to access the area). So let them be surprised, and change the rules for a moment. Of course, with a smile: you’re not here to teach them something, but just to show them that things are different in your country. So men would find it funny, and, as for women, they’ll find it funny and interesting.

4 Food as a History, and it has traveled longer than you

Ingredients such as tomatoes or potatoes and so common nowadays that we often forget that they arrived in Europe only a few centuries ago. But, depending from the country, they were used in a special way: Hungarians used paprika for their national meal (gulash), German put curry on their sausages (the famous currywurst), French (or Belgians, long a debate that’s better not to evoke here to avoid a range battle in commentaries) invented what is called “french fries” (that could be or should be called Belgian fries, please hold the fire). Just remember the first lines of Stefan Zweig‘s biography of Magellan: “at the beginning where spices”: in the XVth Century, Europeans have traveled around the word not just for the fun of it, but because they wanted to find a quick way to transport exotic ingredients from foreign countries to their homeland, where those ingredients became part of their national specialties. Even the names of these products have changed. For instance, such a common product as tea was brought to China, either by sea or by merchants following the Silk Road.  If by land, people that received it called it “tea” or something similar); by boat it was another name “tcha”.  That’s why, in different European languages, there are two ways to call this product (well, except in Poland). There are a million stories around food, its history and its travels, and cooking reflects that diversity of cultures, and ,reminds you of those travelers from ancient times…

5 Come back with new recipes…

Cooking is a travel experience that never ends. You taste something new somewhere, and when you back, you try to cook it yourself at home, for your friends, even if some ingredients might be hard to find in your country. And your friends might appreciate if, instead of inviting them for another photo projection (“come on guy, I have 200 shots to show you, don’t worry it will only last a few hours!”) you just offer them to prepare them a typical meal from the place you went to. And after that, you’ll keep on learning how to cook Asiatic or Mediterranean food (in a local “school” or abroad), reading about food, looking for recipes… I had the opportunity to participate to a cooking vacation class in Morocco a few years ago, and since them, I prepare tajine with olives or couscous almost every month for my friends in Serbia, Montenegro and Hungaria: they’ve never tasted anything like that (especially when I mix sweet and sour), and, as for me, I feel like I’m back in Marrakesh, or that I’m traveling again in Morocco, but this time with other friends.

Finally, what would be traveling without sharing in one way or another? Sharing friendship, and incorporating that into something more concrete… Just like people clink glasses with one another (in the past they were exchanging liquid) to let the same drink into their stomachs.  It’s a very intimate gesture, a way to prove that even if we are different, our bodies work the same and we can take pleasure in the same activity. You’re different, coming from somewhere else, and yet this evening you spent time making a personal gift to your new friends/hosts, and finally you enjoyed it with them. And leaving with the feeling that you shared with them as much affection as they did by welcoming you…

**********************************
About The Author:  Digital Nomad, Vincent has been traveling for two years around Central & Eastern Europe, stopping in a different city for each time two months on average. Is now located in Novi Sad, Serbia. As a food lover, he intends to master the art of the “cooking the perfect djuvetch the Serbian way” within the next five years. After that, he’ll try something much easier, like crossing the Atlantic Ocean on a paddle boat or read the original text of the Ramayana in Sanskrit. 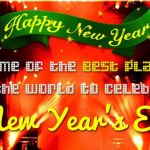 Where Are The Best New Years Eve Celebrations? We’ve Got The Answer 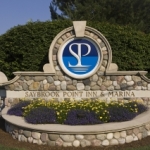