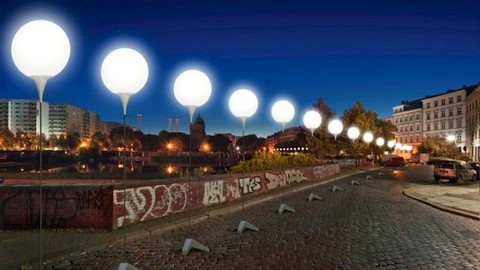 From November 7 to 9, 2014, Berlin and the world-at-large will commemorate the 25th anniversary of the Peaceful Revolution in Berlin, Germany that witnessed the fall of the oppressive Berlin Wall on November 9, 1989.  Anyone who was alive during that era certainly feels an affinity with the people of Berlin so long tyrannized by a brutal government, and their jubilation at being finally free to engage with the rest of Germany and the world.

Citizens of Berlin will celebrate the fall of the Berlin wall with a LICHTGRENZE that will feature 8,000 helium-filled balloons placed along the route of wall that separated East and West Berlin.  Each balloon will bear the personal messages of “balloon patrons” giving testament to the memories and hopes of  hundreds of thousands of East Berliners who re-gained their freedom 25 years ago.  The balloons will be released into the night sky on November 9, 2014 as a symbol of freedom and celebration for the people of Berlin.

Everyone worldwide is invited to join the celebration by posting virtual messages about the Fall of the Wall or wishes for the anniversary via special sites on Facebook, Instagram or Twitter, using the hashtags #fallofthewall25 and #fotw25, or directly on the websites www.fallofthewall25.com and www.facebook.com/fallofthewall25.

At anytime, a visit to Berlin is an exciting experience as the city has embraced it’s freedom by welcoming innovation in design, music and art.  When the wall was constructed, dozens of buildings along it’s route were destroyed to create a no-man’s zone.  When the wall was finally dismantled, these blighted zones became hubs for new development of apartment buildings, shops, clubs and recreational parks.

Here’s a sampling of exciting developments that have emerged from the former no-man’s land.

River Spree – East Side Gallery, a vibrant mix of visual and performance art.
The East Side Gallery runs along the east side of the River Spree which was once part of the dividing wall.  Sections were  painted by over 100 artists from all across the globe as an international tribute to freedom.  the 1,300 metre art walk is now a popular spot for travelers and photographers.

Nearby you’ll find O2 World a spectacular performance center which was built on the wasteland area.  This area is also home to the city’s most popular nightspots where visitors can literally dance until dawn.  Most notable are Yaam, Watergate and Club der Visionare.  You’ll also find the Holzmarkt project in development to house a new creative village with studios, a club and a park along the river.

Potsamer Platz – became the largest construction site in Europe and is returning to its former splendor.
Once one of the busiest squares in Europe, air raids in World War II and the Wall destroyed the area.  Following unification however, Potsdamer Platz was redesigned by famed architects and reconstructed to house headquarters for major corporations like Deutsche Bahn, shopping centers, the Film Museum, theaters, cinemas, hotels, and restaurants.  The iconic Sony Center is home to the annual Berlinale Film Festival that draws performers from around the world.  In summer 2014, the giant Mall of Berlin is expected to open here as well.

Mauerpark  and the Bandenburg Gate – home to banks, Embassies, parks and markets.
This area is home to Berlin’s most recognizable landmark, the Brandenburg Gate which was isolated in the middle of no man’s land.  This was where U.S. President Ronald Reagan called for Soviet President Michail Gorbachev to, “tear down this wall!”  After the wall was dismantled, embassies began to be rebuilt in Pariser Platz.  Today this area is home to banks, embassies and luxury hotels.

Nearby Mauerpark has quite a different lively and colorful feel.  Mauerpark has lawns for game playing and sunbathing. Flea markets and the Bearpit Karaoke venue have made this a popular and busy gathering place for Berliners.  This is a wonderful spot to experience how Berliners have revitalized their city.

Today Berlin is a lively, energetic city that continues to reinvent itself and revel in its freedom.  For assistance with planning  your journey to Berlin, click over to VisitBerlin.de 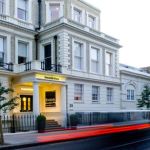 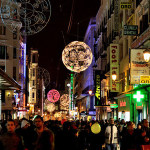