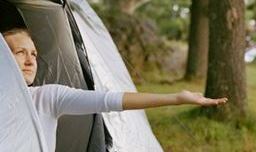 Ten children’s games for a rainy day at the campsite

Camping with kids can go one of two ways: it could either be the best bonding experience you’ve had as a family, or it can result in the most fights, tantrums and tears you’ve ever seen in one place at the same time.

It’s best to be prepared for the difficult days as well as the good. On the bad days the kids are always one step ahead of you with their pranks (never underestimate the ingenuity of children hell-bent on having ‘fun’), but on the good days you always have something for them to do, no matter what the mood or the situation.

It’s all fun and games when the sun is out, but when the weather starts being difficult the trip becomes much more of a challenge. It’s always a good idea to pack some cheap materials for arts and crafts activities (such as some thread for friendship bracelet making) as well as a few card games like Uno or Happy Families. There’s also a good list of road trip activities here which can be applied to a rainy day at the campsite.

However, if you’ve exhausted your imagination then it might be time to introduce some new interactive games that don’t require any resources at all. Here’s a list of the top ten rainy-day campsite games to keep everyone entertained.

We’ll start with a classic that never gets old. Kids above the age of 7 can play this game for hours, taking it in turns to be the question master. One child thinks of any animal, mineral or vegetable and everyone else has to guess what it is in under 20 questions. All the questions must be asked in such a way that the answer is either a simple ‘yes’ or a ‘no’. If the guessers manage to get the answer it becomes someone else’s turn to be the question master. If not, the child gets to take another turn (limit it to three turns per child). It allows the kids to get creative and silly, and to get the better of everyone else – including the adults.

I Went To The Shops…

This is another classic game that tests both memory and creativity. Someone starts the game saying, ‘I went to the shops and I bought…’ and then an item beginning with the letter ‘a’. The next person in the circle then has to repeat the line and add another item of their own, this time beginning with ‘b’.

The game continues and the list gets longer and longer (and usually more and more ridiculous). It ends when someone gets an item wrong. Variations for older children include adding an adjective before each item, e.g. an angry ant, a boring brick, a clever clipboard etc.

A fun vocabulary game that is both entertaining and educational. One child starts sounding out the alphabet in their head starting with ‘a’. The next child says stop and the letter they were thinking of becomes the starting letter. Let’s say it was ‘k’. The first person to the right in the circle has to think of a name beginning with ‘k’ (e.g. Kevin); then the next person must think of a place beginning with ‘k’ (e.g. Kenya); the next, an animal (e.g. Koala); and finally, a thing (parents should use their own discretion as to what constitutes ‘a thing’).

Once everyone in the circle has thought of something, the game begins again starting with the person to the right. NB a name, place, animal, or thing cannot be said more than once.

Who Can Count A Minute?

This is a simple game if you need to calm everyone down quickly. Get out your watch and have the kids count 60 seconds in their heads. They have to shout out when they think a minute is up and the closest person to the stopwatch wins a point.

If there’s no containing their energy then this game is more physical; it also requires a fairly roomy caravan or tent. One child closes their eyes whilst everyone else has to find a spot and freeze in position. After counting to ten the child who is ‘on it’ has to move around the space trying to make all the statues move or laugh without touching them. The first child to break then becomes ‘on it’ in the next round.

Another game for the perpetually wired, this game ensures that both physical and mental energy is focussed on something positive. It’s also the perfect game for building bonds between adults and children. An adult begins as Simon, who calls outs the actions along with the phrase: “Simon says”, e.g. “Simon says…nod your head”. If Simon calls out an action without saying “Simon says” beforehand and any of the children perform that action, then they are disqualified. The last person left in the game becomes the next Simon.

This games works well with younger children. Collect several miscellaneous items around the caravan or tent and have the children look at all the items. Next, take them away and get one child to hide his or her eyes. Pick up one of the items and make some kind of sound with it. Get the child to guess which item made the sound. Examples might be a saucepan (bash it), a towel (whip it gently), some sticks found in the woods (rub them together): get creative!

The only game that provides props, and it’s just pen and paper. Everyone takes their piece of paper and a pen and begins by drawing the head of an animal, human or alien. They then fold the paper so it can’t be seen and pass it to the person on their left. Everyone now draws from the shoulders to the stomach, including arms/wings/udders etc. Fold up the paper and pass it around again for the legs to be drawn. One more pass around and the feet can be added. Open up all the folds to see the monstrosity that has been created!

Another traditional guessing game that can be played by all ages. The actor has to get his audience to guess a book, movie, TV programme, person, place, or thing without using language or sounds, only physical movements. Older children will be more comfortable recognising references to popular culture, but if your children are much younger some easier options can find can be found here.

Hopefully these games should help make those rainy days go a lot smoother, however there’s really no guarantee that one will stick.  It’s worth keep these games up your sleeve though just in case – when you’re stuck out alone in the wilderness they may end up being a lifesaver and everyone may just have lots of fun! 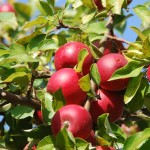 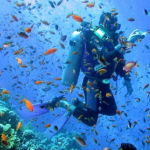