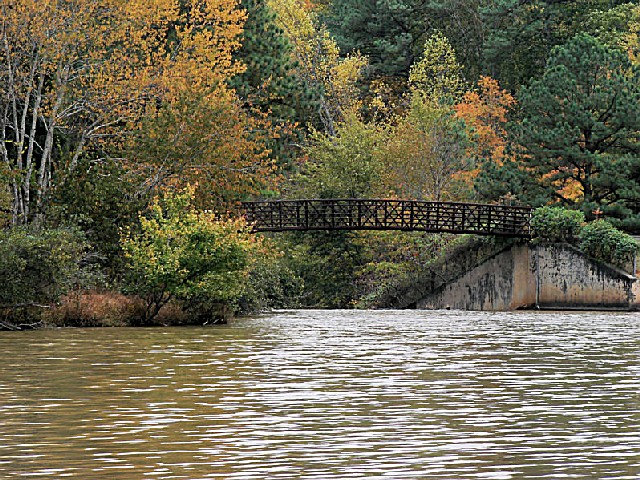 I must admit that when I moved from New York to North Carolina a few years ago, I was rather ignorant about the varied natural features that the state contains. In my head, I imagined wide open tobacco fields and loose dirt roads that didn’t seem to actually go anywhere all shadowed by sprawling metropolises spread across the state, but I was definitely mistaken, the state parks of North Carolina offer varied and dramatic landscapes.

There are of course the many famous beaches along the east coast; their beauty attracting people from all over.  But I’m not exactly a beach person; my natural refuge is ideally surrounded by an endless variety of vegetation instead of sand and water. To my surprise, North Carolina has no shortage of incredible state parks.  I’ve made it a task to visit every state park within NC, so here’s a look at the remarkable landscapes they offer:

Mt. Mitchell State Park is the first park designated by the state of North Carolina in 1916. Located within the Black Mountains of Western NC, which itself is part of the Appalachian Mountain Range, Mt. Mitchell is the highest point east of the Mississippi River. While this park is smaller than other NC state parks, it is perfect for a day long adventure.  In fact, this park has 43 miles of hiking trails that snake through the park, with some of them being rather strenuous and recommended only for experienced hikers. Those who make it to the top of Mt. Mitchell will be greeted by an unforgettable scene of the Black Mountain range from the observation tower that rests at the peak, sitting 6,683 feet above sea level.

Located just over ten miles northwest of the city of Durham, Eno River State Park is a favorite location for kayakers and hikers alike. The river spans about 33 miles before it flows into the Little and Flat River. I made one visit to the Eno a few months back, and have been itching to make a second trip. The trails are easy on hikers, and are quite inviting for trail runners (such as myself).

The only thing newcomers will want to be careful with is the tricky routes the trails take. The map that the park provides really only accounts for the main routes such as the Cox Mountain Trail, but there are numerous single track trails that are marked on the ground but aren’t really accounted for on the map itself. It can be a little easy to get lost if you’re not cognizant of the route you are taking.  Otherwise, the Eno River provides a serene experience, with a mostly gentle current pushing its way through the relatively narrow park.

It’s hard for me not to be biased toward William B. Umstead State Park (mainly simply known as Umstead), but I hold a close connection to this place. Umstead was the first park I discovered when I moved to North Carolina, and I now live just three miles from one of the main entrances.

The park was purchased in its entirety by the state in the 1940s after decades of meager farming efforts. Today, the 5,439 acre park provides active individuals with miles of both bridal and single track trails, calming creeks, and a robust variety of wildlife.

As the Triangle area of North Carolina (Raleigh, Durham and Chapel Hill) continues to economically expand, Umstead remains a natural refuge for urbanites who are looking for a little peace from the ever-growing bustle of the Triangle. Many events, including races and community hikes take place regularly at the park, especially in the spring and summer months.

Located along the Cape Fear River Basin, Raven Rock State Park unfortunately tends to be overlooked when compared to the rest of the state’s natural offerings, but it ideal for short hikes. Sitting along the eastern part of the Piedmont plateau region, Raven Rock provides just over 11 miles of hiking trails and no shortage of amphibious and ornithological wildlife. In fact, close to 200 species of birds have been spotted in the park, making it an accessible haven for birdwatchers.

Most of the trails, while they extend into one another, are pretty short. The longest of all trails is Campbell Creek Loop, which ends up at five miles. While there may some challenging spots for hikers, including minor stream jumps and sudden inclines and drops, I found the experience to be pretty easy.

Weymouth Woods was the most recent park I visited, and being just an hour away from Raleigh, I know this place will be explored again. I only got to explore about 4.5 miles of trail for a race that I did there, but taking in the sights provided more than enough joy.

Tall yet broadly placed pine trees make up one of the most distinctive visual features of the park. When the sun shines through in the afternoon, the trees almost glimmer with an unlikely shade of brown that I don’t think I’ve seen anywhere else before. Hikers and runners should be careful of the many roots that expand from one side of the trail to the other. There is however no real difficult climb or descent to really speak of.

Woodpeckers can often be heard in the backdrop, as they are just one of more than 160 species of birds that have been spotted.

Resting just ten minutes from the Southern Pines/Pinehurst area, Weymouth Woods is a perfect weekend getaway that locals of the Sandhills won’t have to travel far to get to. A well-maintained welcome center is present at the entrance, providing valuable information to all who visit.