River Cruising Is Not Just For Europe Anymore

Contrary to popular belief, river cruising is not exclusive to Europe. Most of the world’s great cities have emerged along the shores of mighty rivers and today river cruising has expanded to travel the world’s great rivers.  There are opportunities to explore rivers all across the globe, from the Yangtze River in China to the Irrawaddy river in Burma. There are also river cruises in the USA and South America, with routes along the Mississippi and the Amazon rivers.

River cruises offer the opportunity to explore territory which is often thought of as the remit of backpackers, in a luxurious relaxed, leisurely and safe way. Often you’ll get to see things that you just wouldn’t see any other way – on land there’s no way to experience the Yangtze’s Three Gorges Dam and get the same feeling of awe as sailing through it. Completed in 2012 after as 17 year build, it’s the world’s largest dam, and generates enough electricity to power Switzerland. Along this river you can also see the Shibaozhai; a vermilion-painted, 12-storeyed pagoda built into a steep riverbank bluff – sailing past this is the best way to take in the stunning view.

River cruising has seen huge growth in popularity in recent years, but for many it’s still a bit of a mystery as to what to expect. If the sound of these exotic sights and new experiences has piqued your interest, then here are;

10 things you should know if you’ve never been on a river cruise before:

Why Wait – Applying For TSA PreCheck Is A Breeze 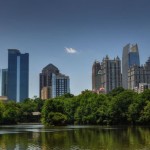