Top
Wicked Good Travel Tips / Destinations  / Asia Travel Tips  / Do This.. Not That.. For An Authentic Experience in Singapore 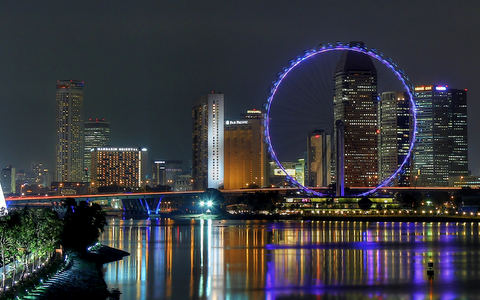 Do This.. Not That.. For An Authentic Experience in Singapore

So you’ve decided to visit the Lion City – the cosmopolitan metropolis that has so much to offer for visiting travellers. Get off the typical tourist trail and experience Singapore on a more personal level.  Just so you don’t waste your time standing in line with the other toursits, here’s what NOT to do, and what TO DO instead in Singapore.

Why Not?  Yes, this may be the biggest observation wheel in the world. And okay, it’s bigger than the London Eye. But so what? At the end of the day the Singapore Flyer is a ferris wheel ride that costs $25 dollars for a short 45 minute ride. Tourists fall into the 360-degree trap because they feel it is one of the things to do when you visit Singapore. It really isn’t. Admire it from afar because it is certainly a great feat of engineering, and looking is for free.

Do this instead: There is a much better way of enjoying Singapore from up high and that’s at the SkyPark at Marina Bay Sands North Tower – that insane looking surfboard deck perched on top of three tall buildings. Ku Dé Ta Club Lounge does a nice G&T and other refreshing cocktails. Sip away and gaze over Singapore during the evening when the sun sets and the landscape starts to twinkle with millions of city lights.

Why not? Again, this is a common steriotype that tourists feel they must to do: to head to Raffles Hotel to the Long Bar and order a Singapore Sling. A word to the wise: do as the name suggests and sling it! The Singapore Sling is not the tastiest of cocktails. In fact to many (in the nicest way possible) it’s horrible and not up to many peoples’ tastes. To add insult to injury, the concoction isn’t cheap at $28 a glass! Do yourself a favour and try the drink for yourself beforehand here’s the Raffles Hotel recipe:

30ml Gin
15ml Cherry Heering
7.5ml Dom Bendictine
7.5ml Cointreau
120ml Sarawak Pineapple Juice
15ml Lime Juice
10ml Grenadine
A dash of Angostura Bitters
Garnish with a pineapple slice and cherry
Pour ingredients, from the gin to the grenadine, into a cocktail shaker. Add the bitters. Add ice. Cover and shake for about 30 seconds. Fill a tall glass with ice, then strain the cocktail over the ice.

So did you try to make it? Horrid isn’t it? Now put your purse in your bag and walk away.

Drink this instead: Walk further away to the Martini Bar at Raffles which features a selection of over 70 martinis from the classic gin and vodka based mixes to flavoured ones and special bullet martini creations. You could easily return every evening to sample a different blend each night. James Bond himself would be shaken and stirred by so much choice.

Why not? Going to a fast food chain restaurant in Singapore is a travesty. It should be illegal. With their tight regulations on chewing gum on the streets it wouldn’t be a surprise if it was illegal to step into a generic burger and fries joint. The food Gods would rain down on you with their blood hungry wrath. Fast food may have you salivating more than a whole group of Pavlov’s dogs but you’ll soon regret it.

Eat here instead: Visit any number of the hawker centres of Singapore. The culture of street food serves as one the city-state’s biggest identities and hawker centres are as local as it gets. You’d be foodie fool if you didn’t have at least three meals in the many stalls to choose from – especially breakfast. At Changi Village Food Centre eat a breakfast at International Nasi Lemak where they prepare a mixed meal of egg, fried chicken, fish and coconut rice to set you up for the day. Or if you want a twist on an old classic, get yourself over to the Tiong Bahru Hawker centre in the Tanglin Halt District for some original peanut pancakes. The owners are famous for handpicking, roasting and grinding their own peanuts.

Why not? Chilli crab is of course a staple dish you have to try when visiting Singapore but it is not the only food to try. As stated before, Singapore is a destination for food lovers around the world so show a bit of respect and experiment. The cuisine is unique in that its food is inspired by a fusion of cultures from Chinese and Malay to Indian and the various growing expat communities from around the world. There’s something for everyone here.

Eat these as well: Try some Indian style cooking at low key and casual Samy’s Curry on Dempsey Hill where food is served on banana leaves. Or to mix things up a bit grab a table at Kilo in the Kallang River District and sample the Italian/Japanese menu. Owned by a Puerto Rican and Singapore Chinese couple who kookily label their culinary fare as “confusion food” they create interesting mixed meals such as a prawn and chilli pizza. Look for anywhere that serves Peranakan cooking, such as Candlelight Kitchen in Chinatown. The Chinese/Malay cultural mix is significantly Singaporean. Also, you can’t say you’ve truly tasted Singaporean food until you’ve tried chicken and rice. This is the dish most Singaporeans believe is the national dish of the Lion City and the one that will help outsiders to define Singapore that much more. Try it at Chin Chin Eating House.

Why not? There’s no doubt that the Gardens by the Bay is a sight worth seeing. Spanning 101 hectares the three waterfront gardens – Bay South, Bay East and Bay Central – would make any other garden green with envy! The Supertree Grove is especially popular with tourists and wannabe photographers as are the Flower Dome and Cloud Forest conservatories which provide a home to flora and fauna from around the world. Mesmerising as they are these gardens do not reflect Singapore’s natural environment.

Go green here instead: The Botanical Gardens were founded over 150 years ago and was created as a place to escape the hustle and bustle of busy Singapore life. The park is glorious and definitely worth a visit – especially the National Orchid Garden. You’ll find all sorts from joggers, dogs and tai-chi practitioners. As well as the four reservoirs – MacRitchie Lower Peirce, Upper Peirce and Upper Seletar – Singapore has a number of farms. Bollywood Veggies names itself as “your sanctuary away from the bustle of the Little Red Dot.” The organic-centric farm is run by Ivy Singh Lim and her husband Lim Ho Seng. The farm spans ten acres and offers tours, and a meal at the Poison Ivy Bistro.

So now you’re all clued up and all that’s left is to book your stay for a holiday in Singapore. Get ready for great food, awesome views and one wonderful multicultural vacation to one of the world’s greatest city breaks away. 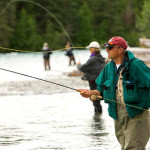 America’s Best Campgrounds and RV Parks For Hunting and Fishing 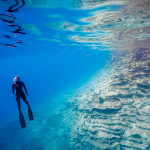 Freediving, Three of The World’s Best Sites – Where Less Really Is More