When I decided I wanted to go to Tahiti for the summer, I had the typical island stereotype in my mind – all white sands and crystalline waters, Mai Tai’s and flowers in my hair. I spent a lot of time preparing the entire trip beforehand, browsing informational tour guides for Tahiti such as this one, and planned on doing nothing but following my own schedule when I got to the island. Now, I love adrenaline just as much as the next person, and I figured the best thing way to see French Polynesia, one a bit more affordable than a seaplane, was to hike it.

Now, French Polynesia is not a very large country, and it is hardcore focused on tourism and its natural treasures, so it was very easy to find a respectable trail guide for some of the more challenging trips, like the Mount Aorai ascent (third tallest peak in Tahiti, challenging, but satiating climb). I chose Tahiti Evasion hiking guides, they seemed to be the coolest cats on the islands when it comes to adventurous trails, and they certainly brought us value for our money (a little over a $100, not bad at all). But the one outing that made me the most emotional during my entire island paradise experince  was the Fautaua Valley Trail.

Neither lengthy nor difficult, if there is any outing you really ought to take in French Polynesia, it is the Fautaua Valley Trail. The trail begins in the Titioro District of Pape’ete Island. Before you get going, you need to make a stop at the Pape’ete mairie, or Town Hall, at Rue des Ecoles, and purchase an access permit at $7. If you are going with a guided tour, they can organize the permits themselves. This is not necessary – I went with a friend, after all, it is just a 3 hour walk through a valley, you’d really have to try to get lost.

When we entered the gate opening the way into Fautaua Valley, the following step was obvious – follow the bubbling stream and the trail of fruit trees. We asked beforehand, not wanting to be horrible tourists, and yes, visitors are allowed to pick fruit, but you’d have to wash them first. Avocados, mangoes, passion fruit, everything looked like a tropical fruit flavored shampoo commercial, but we were actually there. We didn’t know the names of most of the available edibles, but that did not take away from the aesthetic feel of the place. This part of the journey could also be done in a car, but why shorten an already short walk is beyond me. An hour later, we came to Fautaua River, and the Fachoda wooden bridge, following which, the path got much steeper. This is one of the reasons why even summer vacationers require hiking boots in the trunk – You could always find yourself unexpectedly trailblazing through local scenery.

The trail opened way to palm trees, coffee trees and roses, and exceedingly more exotic shrubbery. A short way further, we reached the Fautaua waterfalls. Now, you know you are in for a treat when you visit waterfalls of any region in the world, but to be on an island near the equator, to be slightly weary from your walk through alien flora, to have a stomach full of fruit as local as they can be, and to stand under a wild waterfall – I found the peace of mind I did not know I was looking for.  I came to Tahiti to clear out my mind, and I did, and I paved the way for a more superior state of mind, a nirvana if you will. I was gushing. Now since we arrived within a little over 2 hours, we figured out that you could keep climbing. Half an hour later, we reached the remnants of Fachoda Fort, used by the Tahitian opposition trying to overthrow a French government back in the 19th century. A little bit further and already considerably tired, we were met by a sight for sore eyes, and even more so for sore feet, a second waterfall. This waterfall opened up into a pool of cold water you could plunge yourself in, as we did in no time. The water from the pool cascaded over the edge of the cliff into the first waterfall we saw. The water was very cool, and took some getting used to, but it was absolutely worth it.

We set on this trek right after breakfast, which gave us plenty of time to relax and dawdle around the natural pool. The descent was much easier than the ascent, and almost half an hour shorter. We were back at the hotel in the evening, with just enough energy to have dinner at a nearby place. No beaches or Mai Tais for me that day, but in retrospect, if I could relive just one day in Tahiti again, it would be the day I hiked through Fautaua Valley. 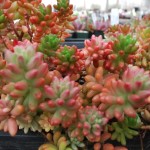 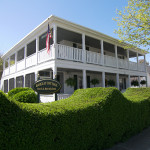