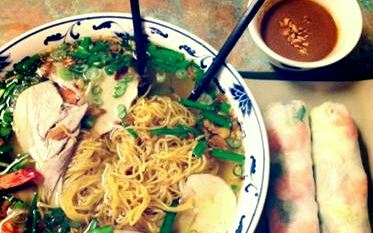 8 Popular Dishes Every Traveler To Vietnam Should Try

Guide to the most popular (and delicious) food dishes in Vietnam that every traveler should try:

Vietnam is known for its natural beauty, unique culture and traditions, rich history, friendly people, and a vibrant atmosphere.  For the last couple of years, tourists everywhere have increasingly taken a shine to this enigmatic Southeast Asian country as it is one of the few tourist destinations that offer a wide range of experiences.

Apart from the sights and the sounds, the tastes and flavors of the country also gains eminence among travelers. A country’s cuisine is one of the major attractions for visitors. Food lovers travel great distances to relish authentic regional fare.  In fact, many people visit Vietnam just for its food. Many, however, realize that apart from the common Vietnamese delicacies like pho, which is famous all over the world, there are several other dishes they ought to try on their visit. So, I’m putting together a list of a few gastronomic delights that you shouldn’t miss out on when in Vietnam.

Pho is probably the one Vietnamese food that you may have already heard of. It is easily available in all the major cities, and you’re sure to find hoards of people slurping pho at kiosks.

Pho refers to rice noodles, and not the dish itself. It is a simple and a staple food which consists of a salty broth, fresh rice noodles, bean sprouts, lemon wedges, herbs, chili/fish sauce, and chicken or beef. It is cheap and tasty, and widely available at all hours at most places.

These rice rolls taste the best when they’re served right out of the steamer in which they are cooked. They’re soft and delicate so you need to eat them with care. Preparing them is no mean task either and requires expertise.

Scoops of rice flour-based batter are ladled onto the steamer, which is then covered with a lid for a few seconds, to make thin rice sheets. These sheets are then carefully transferred to a tray using a bamboo stick and are stuffed with mushrooms or pork and seasoning. This is served with sides of crispy fried shallots and potatoes, chopped cucumber, lettuce, chopped shrimp and ground beef. Nuoc mam, a mixture of fish sauce, sugar and lime makes for an excellent accompaniment (as a dip) with this dish.

People of Vietnam have developed a technique for cooking meat in clay pots, primarily because they retain heat and moisture which tenderizes and caramelizes the meat when braised. For preparing this exotic dish, fish is braised for a prolonged period, which lets it develop a sweet and savory moistness from the sugar and the fish sauce.

Banh Xeo refers to a sizzling pancake. Very basic, it is one of the tastiest and easiest-to-prepare items in Vietnamese cuisine. Going by the name, we would suggest you eat it as soon as it comes off the pan. Trust me, you don’t want to miss the sizzle of the hot, freshly-made, crispy, and savory pancake.

The batter for the pancake is made by combining rice flour and coconut milk. Adding a dash of turmeric powder gives it that golden-yellow color, which makes it look all the more delectable. This batter is used to make a crepe-like pancake and is stuffed with fried pork, shrimp, bean sprouts, lettuce, herbs, and seasoning. It is then pan-fried and served hot.

This dish is said to have been named after the Doan family of Cha Ca Street in Hanoi, who first invented it. Grilled minced fish is one of the most traditional food items in Vietnam. It can be prepared using a wide variety of fish. A lot of Vietnamese use tuna to make it as it is low-fat, flavorful, and has fewer bones.

The bones are removed from the fish and the flesh is marinated in salt and soaked in saffron water. It is then grilled with condiments such as coriander, basil, mint, and dill and served topped with fried cashew nuts and shallots.
Com Tam (Broken Rice)

This dish is made by using fractured rice, instead of the regular variety that you eat every day. It also has a story to it. When Vietnamese farmers were unable to sell their rice, which would break at times when being processed from the field, they had no choice but to eat the rejected grains themselves. But, it was found to be extremely delicious due to its softer texture when cooked, and has gained immense popularity among the Vietnamese over the years.

It is served with a variety of toppings and sides, which include pork skin, grilled pork chops, pork loaf and eggs.

Vietnam is the second largest coffee producer in the world. So a dish consisting of their famous coffee simply cannot be missed. This is more of a dessert than the main course though, with the richness of the sweetened condensed milk to satisfy your taste buds. The Vietnamese use items like cocoa, butter flavoring, and even eggs to give their coffee a special twist.

Apart from the above dishes, Vietnam is known for some of its adventurous cuisine and locally brewed alcohol. It is advised that you find out exactly what you’re going to be eating and drinking, especially if you’re faint-hearted about what you consume. There isn’t much to worry about though, as there are ample choices for the adventurous as well as the conservative traveler. 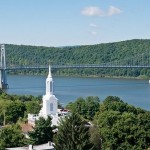 Poughkeepsie For A Family Getaway – What Fun!