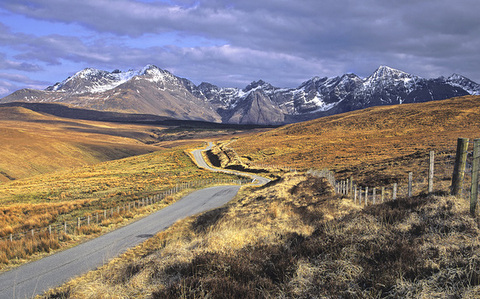 Whether you’re passing through a national park on the way to your grandparents’ house or your road trip is your vacation, there is no end to the wonders you can see out on the open road. Here are six of North America’s little-known, but most intriguing sights, perfect for either a day of sightseeing on a cross-country trip or as your primary vacation destination.

The Mojave National Preserve has an uninhabited, alien feeling for those used to greenery and rolling hills. The preserve extends over 2,403 square miles of California desert, encompassing a wide range of natural wonders like the Kelso sand dunes, the largest Joshua Tree forest in the world, and the caverns of the smaller Mitchel Caverns National Preserve in the midst of the Mojave Preserve.

In Old Hollywood’s heyday, many a western was shot with the distinctive Joshua Trees and barren landscapes as a backdrop. Several films set in Saudi Arabia, like The Mummy, and science fiction films, like Flash Gordon Conquers the Universe, also used this setting. Nowadays, you can visit the preserve for camping, rock climbing, hiking, or a history lesson at the Fort Piute Ruins.

Thousands of tourists pass right by this natural spectacle every year as they make the trek to the Grand Canyon. Located just north of Flagstaff, Arizona, the Sunset Crater Volcano Monument bears evidence of 6 million years of volcanic activity.

The terrain is littered with over a dozen cones. Sunset Crater itself is a cinder cone volcano, so symmetrical that it looks like a child’s drawing. Visitors can enjoy camping and nearby hiking trails, or witness volcanic phenomena such as lava bubbles and “squeeze-ups.”

Lloydminster offers a wide range of Canada’s attractions—golfing and curling, wild life, and nature trails—in one quiet location. Visit the Golfing and Curling Centre to brush up on your technique and history, or take the kids to the Border City Petting Zoo or Nothing Barred Ranch to learn about farming, riding, and the animal kingdom.

While you’re in staying in one of Lloydminster’s motels, such as Best Canadian Motor Inns, you’ll have access to Lloydminster’s extensive array of farmer’s markets, gourmet restaurants like Harvest Home and The Cheesiry, and the Culture and Science Centre.

Originally settled by German immigrants, New Braunfels has temperate, subtropical weather conditions all year long. Located near San Antonio, New Braunfels offers access to both the Guadalupe and Comal Rivers, making it a center of water sporting activities. Visitors can go tubing for miles down either river.

In November, New Braunfels hosts Wurstfest, a sausage festival. The festival features traditional German food and drink, inviting visitors to participate in the area’s German heritage. The nearby Gruene dancehall, widely considered to be the oldest dancehall in Texas, is open year-round for dancing, mingling with the locals, and enjoying the locally brewed gin.

Located just to the south of the Everglades National Park, Big Cypress National Preserve offers many of the same attractions, with a fraction of the foot traffic. Contrary to popular belief, the preserve was not named for any one cypress tree, but rather for its extensive cypress forest, which covers over 1,000 acres.

The preserve is the most diverse ecological section of the Everglades, providing a home for species like the West Indian Manatee, snowy egret, and white ibis. Hiking in the preserve is not for the faint of heart: visitors may also encounter the Florida panther, alligators, or the Florida black bear among the flora and fauna.

The scenic town of Brunswick was settled by fishermen in the 1600s. Since then, Brunswick has inspired a slew of artists and authors with its sweeping beaches and quaint forests. Harriet Beecher Stowe wrote most of Uncle Tom’s Cabin in Brunswick and poets like Henry Wadsworth Longfellow found their muse there as well.

Visitors can partake in the town’s rich cultural history at the First Parish Church (where Stowe reportedly worshipped), the Pennellville Historic District, and the Brunswick Town Commons. Or you may prefer to walk the beaches in pursuit of your own artistic inspiration.

No matter where you are on the North American continent, there is no shortage of magnificent views, rewarding hikes, or historical monuments to see and explore. Drop in to these underrated travel destinations to experience the ecological and cultural diversity of North America. 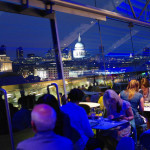 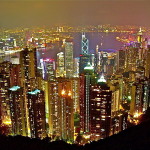 The Wonders of Hong Kong – Discover The Magnificent Clash of Ages