Mention a Caribbean vacation to your friends and they will surely be envision a beautiful beach and a chilled fruity rum drink in hand.  Rum has played a major economic role in the development of Caribbean Islands and today, historic rum distilleries have opened their doors to visitors.  Let us introduce you to the best rum distilleries in the Caribbean – well worth a tour.

Caribbean ports with merchant ships plying a triangular trade route, has meant that rum became an essential commodity throughout the world.  Rum tells the story of the whole region from the good times to the bad. Let’s be honest, is there a better way to engage with the history and taste of the Noble Spirit, than by exploring the vast amount of rum distilleries across the Caribbean?

We have listed the top five distilleries you NEED to visit! So let’s start off the scavenger hunt then:

First up we go to the capital Kingston, where the Appleton Estate has been producing and distilling rum since 1749. Yes, this is the oldest distillery still in operation on the island! The estate is surrounded by limestone hills, which is called the Cockpit Region. The water from there is naturally filtered to produce the signature Appleton and its unique taste.

A name to remember is Joy Spence, being the Master blender at Appleton Estate. She is the first woman to hold this very prestigious title, across all rum brands in the world. Hence, it can be said that the Appleton Estate Rum is the true essence of Jamaica and definitely a hot spot for any rum lover.

The company Barbancourt is one of Haiti’s oldest and its rum being the country’s most famous export good. It is regarded as one of the finest rums around the world. In 1862 Dupre Barbancourt improved the double distillation method, which is dedicated to the smoothness of the rum, producing the first bottles holding his name. However, the rum wasn’t for public sale until the 1960s, as it was only available in limited supply until then.

Barbancourt is still a family run business and has become Haiti’s leading brand of rum exporting to more than 20 countries, namely the Caribbean, the US, France, and Italy. Enjoy Haiti and a glass of top notch Barbancourt at the distillery!

With more than 300 years of history, the Mount Gilboa distillery today produces light-, medium- and heavy-bodied rums. The distillery is run by only 26 people and it earned itself an ISO 14000 certificate focusing on incorporating new technology to minimize pollution. The current director Frank W. Ward Jr. is a fourth generation descendant of Aubrey Ward, who took over the estate known as ‘The rum that invented rum’ in the early 20th century. The Mount Gilboa Rum is triple distilled and with its traditional pot stilled flavour, it is considered to be one of the finest rums on the market.

You don’t want to miss out on this distillery, who sells their light rum to the eponymous Mount Gay Distillery. RUM – RUM EVERYWHERE!

Trinidad Distilliers Ltd. Produces around 18 to 20 million litres of alcohol a year – yeah you heard right! In 1945 Angostura Ltd. Umbrella purchased Trinidad Distillers Limited, which was installed with a state-of-the-art distillery and named it a wholly owned subsidiary of Angostura Limited. This officially opened the company’s pathway into the production of rum in a major scale. By the end of 1960, the company expanded its distribution to over 140 countries worldwide, eventually becoming one of the well-known high quality rums, such as the world famous Angostura aromatic bitters.

If you are in Trinidad and Tobago, make sure you have a glimpse in this historical distillery – who knows maybe you are lucky and get the opportunity to try some of the Angostura rum!

Quite unbelievable, but this distillery is run by the same family, who founded it back then in 1932. Hence, St. Lucia Distillers are one of the few remaining independent distilleries on the island. The Barnard family bought this estate, seeing the potential in sugar as the island was known for exporting sugar to the British market. However, the decline on sugar demands led the Barnard family to establish a distillery. Eventually in 1972, they merged with a local distillery. Since then, many brands have joined the label, allowing it to target the international market.

I can tell you, it is a pretty good shout, when you are looking for a great distillery in St. Lucia. Do a tour and be sure to try out the rum tastings – very tasty!

Say It Like You Mean It – With Great New Translation Guides 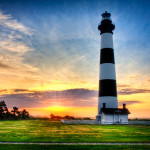 Which Outer Banks Town Is Right For Your Vacation?