The historic whaling ship, Charles W. Morgan, has begun a once-in-a-lifetime journey to visit New England coastal ports during summer 2014.  Gather the kids and don’t miss this opportunity to view the oldest commercial sailing vessel in the world.

Built in the bustling seafaring port of New Bedford, Massachusetts in 1841, the Charles W. Morgan sailed the world’s seas in pursuit of whales for over 80 years and is the last remaining wooden ship of the American whaling fleet that was once 2700 ships strong.  Voyages of the Charles W. Morgan often lasted from three to five years for its crew of 35, sailing first to the Azores for provisioning and around Cape Horn then to the South Pacific, the Galapagos Islands, Kodiak grounds and even the Indian Ocean. She was nicknamed “The Lucky Ship” as she survived hurricanes, cannibals in the South Pacific, Arctic ice and countless storms.

Since her restoration, the Charles W. Morgan has been docked at Mystic Seaport where she has been viewed by over 20 million visitors.  This year’s historic voyage will bring the Charles W. Morgan back to New Bedford for the first time since World War II.  It’s expected that many decedents of the ship’s crew will be on hand to welcome the ship to port.

Here are the ports and upcoming dates where you can see the Charles W. Morgan this summer:

Charlestown Navy Yard, July 18 – 22, where it will join the only older wooden boat the USS Constitution

For full details of route and events, visit 38th Voyage. 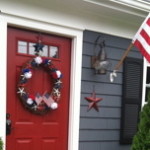