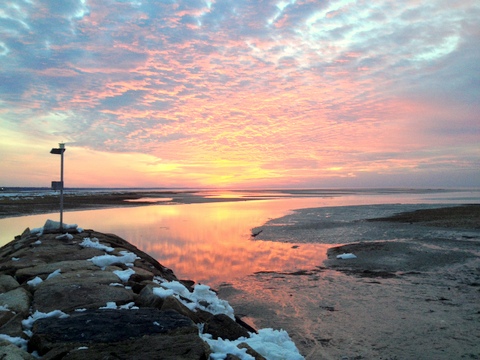 Rock Harbor on Cape Cod – Come For The Beach, Stay For The Sunsets

Rock Harbor in Orleans, Ma is a place you should Come For the Beach, Stay For the Sunsets.

Sunsets on the beach.  That phrase alone can conjure up powerful, peaceful images.  A beautiful sunset, in a beautiful location, can make a bad day good, or a good day even better.  Cape Cod has no shortage of beautiful places to catch a sunset.  I have been privileged to live here my entire life and have seen thousands of sunsets from hundreds of locations.  Choosing a personal favorite would be an impossible task as I have many.  However, for any new visitor to the Cape I can recommend the place to catch your first sunset.  That place is Rock Harbor in Orleans.

Rock Harbor sits on the north side of Cape Cod right where the shore begins to turn north.  It makes it so that the sunset is always visible, assuming there are no clouds in the sky obviously.  The harbor itself it home to many vessels including fishing boats and charter boats; they are always coming and going.  It makes for some amazing views when the boats return as the sun is setting.

There are two sides to Rock Harbor.  The western side is where the vast majority of people park and walk.  When the tide is low it is possible to venture far out onto the tidal flats and even walk west to Skaket Beach.  The eastern side of Rock Harbor is much more desolate.  Even though the harbor’s waters are only about fifty feet wide it ends up being nearly a ten minute drive winding around marshland to get to the other side.  The views are just as spectacular and it tends to not get as crowded as the western side.

One unique aspect of Rock Harbor is the set of trees which act as a guide for vessels into the harbor.  The young pines are adorned with street signs for reflective purposes and seem out of place stretching hundreds of feet out into the ocean.  They are freshly cut each year and, with the aid of an air pump, are stuck roughly four feet deep into the sand.  They are part of what makes this one of the best sunset spots on Cape Cod.

Rock Harbor has an historical connection to it as well.  A small battle during the War of 1812 called ‘The Battle of Orleans’ took place in the shores around Rock Harbor in 1814.  There is a plaque commemorating this battle.  A group of Orleans militia turned back a small group of British soldiers which landed from the vessel HMS Newcastle.  Regional pride has made this battle seem much larger than it really was, but it is a really neat piece of history at your fingertips.  Also during the summer the historic Motor Lifeboat CG36500 is docked at Rock Harbor.  This craft is important due to the fact that it saved thirty-two men from the tanker Pendleton off the coast of Chatham in 1952.

In the warmer months it is common for a hundred people to be scattered around the sand and pavement anticipating the breathtaking colors of sunset.  They bring chairs and sit in the sand, they stand along the docks, sit in their cars, sit on the benches, walk the tidal flats, or even wade out into the water when it’s warm enough.  If I am going to catch the sunset at Rock Harbor on the western side I have one place I need to be.  I go and stand out at the end of the breakwater which sits above the sand and extends out past where most people congregate.  The perch out at the end of the breakwater gives a perfect shot for nearly every sunset.  I highly recommend viewing the sunset from there if possible.

My words and descriptions and photographs can only do so much.  I believe that only by experiencing in person the amazing views and sunsets at Rock harbor can one truly appreciate and understand.  It is a gem in a region filled with gems.  Have fun and happy traveling! 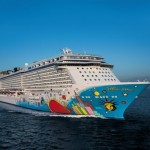