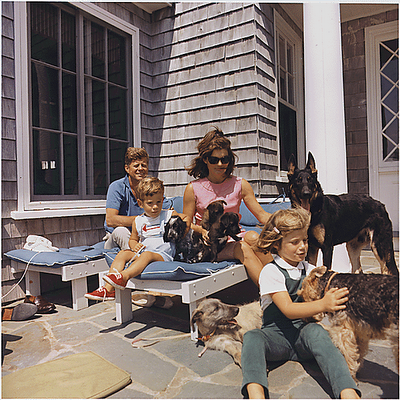 This past November, the nation paused to commemorate 50th anniversary of the assassination of one of the most iconic presidents in American history. Elected President at the age of 43, John F. Kennedy was the youngest man to ever hold that office. Kennedy’s young family and his all-American background captured the hearts of the American people. Nicknamed “Camelot” for its idealism, the Kennedy Administration was respected and unique. The Kennedys were much easier to relate to than older, stuffier presidents of the past, and were quickly embraced by media as pop icons of the day. 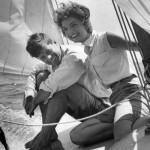 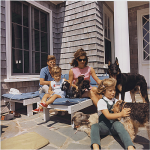 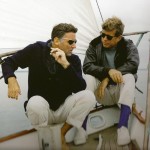 The Kennedy’s large vacation compound in Hyannisport, Massachusetts on Cape Cod was the backdrop for idyllic scenes of JFK and his brothers Bobby and Teddy playing football in the sand and sailing off the coast. This scenic region still embraces their time in the spotlight with the Kennedy family, and today there are several ways to experience the area, just as J.F.K. did fifty years ago.

The Hyannis Kennedy Walking Trail is a trail highlighting some of the points of interest that are related to the Kennedy family. The trail is 1.6 miles long and takes on average about 1 1/2 hours to walk. You can pull up an audio guide on your cell phone as you take the tour. The trail has ten stops. Among these stops includes the Kennedy’s church, St. Xaviers, a maritime museum made possible by the generosity of the Kennedy family and an overview of the where J.F.K made his presidential nomination acceptance speech. If you want to see more of what the walking tour offers go to http://www.kennedylegacytrail.com/

The J.F.K. museum is another way to explore the Kennedy connection to the area. The museum highlights how J.F.K. spent his time on Cape Cod from his younger years in the 1930’s up to his time as president. Special focus is paid to the Kennedy family’s love for sailing and the ocean. The video exhibits are narrated by Walter Cronkite. Check out http://jfkhyannismuseum.org/ for more information.

Several companies offer cruises through the Hyannis Harbor area. The tours will take you around the bay showing you several points of interest such as the Kennedy summer compound, Egg Island, and the Point Gammon Light. Prices can vary by the package, but run $16.00-$20.00 a person.

Cape Cod is famous for its shoreline and multitude of beaches. Some beaches are open to the public, while others are for residents only. Some beaches are on the ocean side with windswept sand dunes and crashing waves, while others open toward the bay and are warmer and calmer.  Keep in mind depending on which beach you choose, you may need to purchase a beach sticker and parking fees apply. More information on the long list of public and private beaches, for each town in Cape Cod, can be found at http://www.capeguide.com/beaches.htm

Spend a Week (Or More) in Cape Cod

Cape Cod is a magnet for vacationers in the summer time. If you want to get a good feel for what the Kennedy Camelot was like, stay in the Hyannis area for a week. Many quaint summer rentals on Cape Cod are available in a wide range of locations on the bay, or overlooking Lake Pamet or Lake Pilgrim. Whether you prefer to be on the upper or lower Cape, you can find the perfect spot and nestle down in one of the most historic and scenic vacation areas in the country. Just be forewarned, you may have some prestigious company. Quite a few recent presidents and major political figures have also taken a shine to the cape, and you could be rubbing shoulders with them as you experience the simple splendor of camelot.

There are many ways to relive the modern day age of Camelot. A variety of businesses and tourism sites show case the area’s history and natural beauty. For more information on many of Cape Cod’s attractions go to http://www.capecodchamber.org/ 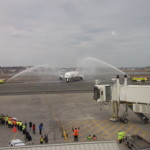