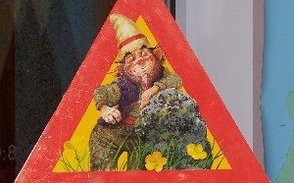 The word brings to mind silly images of lawn gnomes, red-hat Keebler® men trotting beneath a tree toting cookies, and Santa’s helpers, right? You’d no sooner believe in their existence than you would a two-winged horse.

Huldufólk, or “hidden people,” is the term for elves in Iceland, but these beings are no laughing matter. In fact, you can learn about their history and existence at The Icelandic Elf School (Álfaskólinn) in Reykjavík, the country’s capital.

The term huldufólk comes from huldu, pertaining to secrecy, and fólk, or people, and was taken as a replacement for álfar (elves), decided to be too much of a derisive term. While most Icelanders do not differentiate hidden people from elves, many do believe the two to be very distinct supernatural beings.

And this is, in fact, one of the topics covered at Elf School: How many types of hidden beings are there believed to be exactly? (According to the teachings of the school, multiple types of elves; hidden people; dwarves; fairies; trolls; and more.) Where do they live? What do they look like? What are their feelings about humans?

Mr. Magnus Skarphedinsson, the school’s Headmaster, offers answers to these questions and more during his 4-hour classes, available to the public once a week every week except Christmas and New Year’s. Open for 22 years, the school offers the curious insight into Icelandic folklore, plus research from around the world and even a visit to a nearby elf residence.  Mr. Skarphedinsson, who has personally met more than 700 Icelanders that have seen, talked with, or even developed a relationship with elves or hidden people in the country, also provides feedback from said individuals. What is it like to eat a meal with an elf or sleep in a hidden person’s home? He’s been told the answers.

According to a 2007 University of Iceland study, while only 8 percent of the population believes in elves, 54 percent would not deny their existence. Elves and hidden people are so ingrained in the country’s folklore that late last year an Icelandic group called the Hraunavinir, or “Friends of the Lava,” joined with environmentalists to put a stop to the construction of a controversial road through the lava field Gálgahraun, which connects the suburb of Garðabær outside Reykjavík with the peninsula Álftanes.  Afraid that elf boulders, various relics, and ancient walking paths would be destroyed in the process of construction, members of Hraunavinir—including a self-proclaimed seer—voiced concern that once construction ruined the area, the wrath of dwarves would most certainly cause accidents on the road, according to the Iceland Review.

This is not the first time activists have intervened on construction that has the potential to affect an area believed to be inhabited by hidden people, elves, dwarves, or similar beings. And though the vast majority of citizens claim to disbelieve in the existence of such creatures, anyone who has visited or lived in Iceland can tell you: The country is very much, mystically, alive.

Terry Gunnell, a folklore professor at the University of Iceland, concurs.

“This is a land where your house can be destroyed by something you can’t see (earthquakes), where the wind can knock you off your feet, where the smell of sulfur from your taps tells you there is invisible fire not far below your feet, where the northern lights make the sky the biggest television screen in the world, and where hot springs and glaciers ‘talk,’” he said in an interview with NBC.

“Everyone is aware that the land is alive, and one can say that the stories of hidden people and the need to work carefully with them reflects an understanding that the land demands respect,” he added.

Perhaps there’s more to elves than meets the eye, after all; I’d say it’s worth the flight, and the four-hour class, to find out. 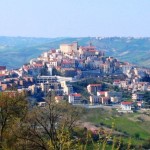