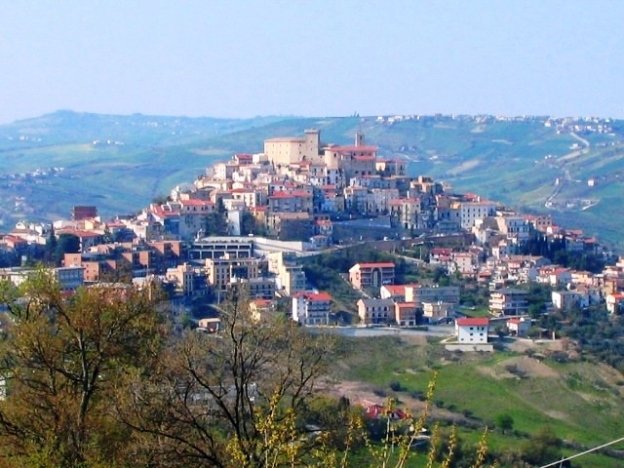 Tour Abruzzo Like a Pro to discover magnificent lakes, picturesque mountain ranges, rolling hills and some of the very best beaches in Europe.  Just a short distance from Rome, Abruzzo is where to find your taste of La Dolce Vita.

The phrase “this place has it all” is used far too loosely to describe many locations. Not too many of those places mean it quite the way that Abruzzo does. This central Italian region is an area where the past and present, the sky and sea, business and pleasure all collide to create a spectacular experience that visitors rarely find anywhere else.

While Abruzzo doesn’t have the historical drama of Rome, the mystique of Venice or the artistic glamor of Florence, it does have a lot of other things going for it. Magnificent lakes, picturesque mountain ranges, rolling hills and some of the very best beaches in Europe can be found in this region. When you factor in a history that dates back to times long before Christ was born and its penchant for art, it’s not hard to understand why Abruzzo is sometimes called Italy’s big open secret. Its wonders are there for the taking but the majority of Italy’s tourists bypass it in favor of other attractions.

No matter where you go in this tract of Italian land, it’s hard to go wrong. We’re listing down some of our favorite places to go if you want to visit Abruzzo like a pro. Let’s begin:

The Trabocchi coastline is a truly special  strip of land by the sea that stretches across San Vito, Fossacesia and Rocca San Giovanni. The water is known for its cleanliness as evidenced by the European flags flown on its shores as a sign of quality. Natural cave formations and ecological reserves punctuate this shoreline, making it ideal for exploration and soaking up nature’s embrace. It’s not rare to hear tourists saying they could live in a place like this. With the natural beauty of the Trabocch coast, who can really blame them?

After a day’s trek by the sea, you’ll want to retreat to the comforts of San Vito. We have to admit that this is one of our favorite towns in Italy for two very simple reasons: its seafood restaurants and its ice cream. While San Vito is not exactly a metropolis, this place can get pretty busy with business travelers and tourists coming in and out all the time.

While you’re in the area, take the time to visit San Giovanni in Venere in Rocca San Giovanni. This monastery complex offers an enchanting sense of serenity that will soothe any soul. The fact that it overlooks the coastline also helps if you just want to pass the time and relieve some stress.

Your last stop near the beach would have to be Lanciano. This is a town that was founded in 1181 and has since been a place of merchants and pilgrims. It’s rather small and it has a population of about 40,000. However, what it lacks in geographic size and population is compensated for in terms of character. Lovely shops line the streets, giving visitors a unique opportunity to buy souveneirs and goods that are indigenous to the region.

The Islands of Tremiti

Staying with nature here, head off to Termoli and take a boat to the Tremiti Islands. About an hour away from the Tremiti port, these small, isolated pieces of land have remained unpolluted throughout the ages. They’re not technically part of the Abruzzo region but they’re easily accessible and you should definitely take the time to visit them.

The water is crystal clear and in the warmer months, you can make the case that there’s no better place to bathe in all of Italy. We recommend making the S. Domino island your first stop. As you approach it, you’ll immediately notice what makes it popular among tourists: a thick and vast canopy of pines that are soothing to the eye and perfectly complementary to the blue horizon. If you’re curious about the political and religious history of these islands, make it a point to land on S. Nicola island.

When you visit the Tremiti islands, make sure to bring footwear you’ll be comfortable in. There are no cars here, but pretty much everything is within walking distance of every location. While you bathe in the pristine waters, don’t miss natural rock formations like Scoglio dell’Elefante and l’Architiello (larches.)

Going back inland halfway between the coast and the mountains, you’ll find the town of Roccascalegna. Like a lot of sites in Abruzzo, this small settlement has been here since the middle ages. Take a walk and you’ll surely get a sensation of how this place used to be. If that’s not enough, drive a little further along the Sangro Valley and you can’t miss the Roccascalegna Castle jutting out of the green hills. It’s certainly a sight to behold, though history buffs might recognize this iconic structure for its dark past. Baron Corvo de Corvis used to be the master of this fortress and he was reviled by his own people for his tyrannical ways. The situation eventually came to a head and it ended up with the Italian nobleman being murdered by his own subjects.

Abruzzo is home to four major national parks and 20 other protected locations. Just an hour’s drive away from its Adriatic coast, you can literally be surrounded by snow in the mountains where people are skiing and snowboarding. These national parks and protected areas are home to wildlife like eagles, bears, wolves and even wild boars.

Make sure you visit the National Park of Abruzzo, National Park of Gran Sasso-Monti della Laga, the Majella National Park and the Sirente-Velino Park. Each one offers spectacular views of the countryside and Italian nature at its rawest, most undisturbed states. Along with the forests, there’s a good chance you’ll spot some of the local wildlife.

Lakes in Abruzzo are also a must-see if you want to be in close touch with nature. Lake Penne and Serranella Lake are both protected areas where the environment and all living things in it are allowed to flourish as they have for thousands of years. As such, you’ll experience nature in undisturbed conditions but human activity will be limited to mostly waling and observing. If you want to be in a lake where the mood is more recreational, we recommend Bomba Lake. Nestled in greenery, this body of freshwater is two kilometers across and teeming with all sorts of fish. Perch, trout and catfish can be caught in good sizes along with a plethora of others. The sheer variety of fish is a testament to how unpolluted the lake is.

Making Bomba Lake even better is the fact that it has a tourist center called Isola Verde. Isola Verde has many amenities including a very good restaurant, evening entertainment, sports facilities and even a camping ground. If you prefer being close to nature while having modern comforts at arm’s length, this is the perfect place for you.

Before leaving Abruzzo, make a stop at the small but historically significant city of Lanciano. Founded in 1098 B.C, this Italian town maintains the ambiance of ages past. The views are scenic as mountains and hills fill your eyes. Inside Lanciano itself, you can relax in coffee shops, restaurants, stores and bowling alleys. Take the time to mingle with the locals and get to know a culture that’s distinct from what you’ll see in major Italian cities.

These five destinations should be enough to occupy you for a week or so in Abruzzo. If you’re looking for something new to do in Italy and you’re a nature lover, this is definitely a location that you shouldn’t miss. Does the place sound inviting to you? Let us know in the comments section below. Ciao!

Can You Take An E-Cig On A Plane? – TSA Says Yes…But 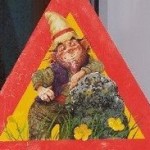