Experience The Magic of White Nights in St. Petersburg Russia

With eyes around the globe turning to Sochi for the Winter Olympic Games in Russia, interest in discovering more about traveling in Russia is on the rise. Come summertime, skies stay light and bright until the early hours of the morning and the White Nights come alive with festivals and celebrations.

St. Petersburg’s White Nights create a romantic ambiance that very few can describe in words. Walking along the Neva River canals on a warm summer evening, admiring the sky (although it should be pitch dark) is an experience not soon forgotten.

As a vital part of St. Petersburg’s allure, the Neva River welcomes visitors to walk along its banks and stroll along its granite-clad embankments.  Starting with the month of May and continuing throughout the summer season, the White Nights draw tourists from all over the world eager to find out more about the phenomenon. The real show takes place in June and July as various entertaining events, performances, and live shows shape the White Nights Festival.

A better understanding of the White Nights phenomenon

If you visit St. Petersburg between May and July, you have great chances of admiring the most superb glowing sky. The White Nights are similar to the Aurora Borealis, and it can easily be explained because of the city’s geographical positioning. St. Petersburg is located at 57’ North (at a similar latitude with Oslo for example, in Norway), which means that in the summer the sun doesn’t go deep enough under the horizon to darken the sky.  When dusk meets dawn, the sky becomes extremely bright and that’s what is called the phenomenon of the White Nights.

Every year, in the last 10 days of June, St. Petersburg gets ready for the White Nights Festival, a celebration that welcomes top opera singers from around the world, international musicians, ballet dancers, and numerous live performances meant to entertain locals and tourists alike. Here’s a sampling of some of the best performances:

As a UNESCO heritage site, St. Petersburg is like an open-air museum. Everywhere you look there’s a cathedral, a cultural edifice, or a palace that hides a tumultuous history behind it. Sightseeing is definitely a favorite activity, and it’s impossible for a traveler to come to St. Petersburg and not see at least the main places of interest that include:

Traveling to magnificent St. Petersburg to see the White Nights in the summer is a once in a lifetime opportunity. The beautiful festivities, the romance, and the engaging activities waiting to be tried and enjoyed should certainly convince travelers of all types to include this astounding Russian metropolis on their travel itinerary.

***********************
About The Author: Edward Francis is a travelling freak who has travelled many destinations around the world. He also loves writing about his traveling experiences and the places he has explored. He writes for a site BalticTravelComapny.com which is a specialists in Baltic holidays, Eastern Europe, Scandinavia and the Nordics.
************************
Photo Source:  Google Commons

Elite Status With Hertz Just Got Easier To Reach 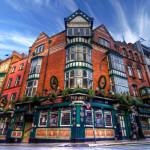 Where To Sample The Best Traditional Dishes of Dublin