Guide To The Top Places To Kindle Your Romance in Paris

Arguably the original ‘city of love’, Paris is synonymous with romantic breaks, and there is no more romantic trip (in theory!) than one’s honeymoon.  If you’re planning on celebrating being newlyweds in Paris, check out these seven top Paris Travel Tips for romantic spots in the city of lights.

1. Picnic With Your Loved One

How about having a picnic in one of Paris’ picturesque spots?  My suggestions for great picnic locations are: a ‘wild’ garden in Le Quartier des Abbesses, Square Maurice-Gardette with a romantic bandstand surrounded by magnolias and sequoias or, if you don’t mind travelling a bit further from the centre, Parc de Belleville or Parc Clichy-Batignolles where you can spend your time by the water.

MK2 Bibliothèque (128-162, Avenue de France – 75013 Paris) is a cinema accompanied by a bar, restaurants, a bookstore and a DVD shop, all designed by famous architects: Jean-Michel Wilmotte, Véronique Kirchner and Serge Barbe. Especially for couples MK2 Bibliothèque offers four rooms equipped with “love seats”. You can have a picture taken in a photo booth Harcourt (photo illuminated by a halo characteristic of old photos of movie stars).

Why get pushed around by the crowds as you fight for a decent viewing position at the Eiffel Tower, when you can get just as good a view at Montparnasse without the hassle?  Ascent to the 56th floor of the Montparnasse Tower and its rooftop terrace costs less than a lift ticket to the top of the city’s most famous landmark and is a considerably less stressful experience, with any queues for access far less irksome than the multi-hour affairs you sometimes get at the Tour Eiffel.  The area of Montparnasse itself is also one of Paris’s most charming, with plenty of cool bars and cafés to chill out in before or after you take in the views from up high.

Situated in the heart of Montmartre, close to the Moulin de la Galette and near the Moulin Rouge, le Ciné XIII Theatre is a famous place known for its room of a hundred places in unequaled comfort. You can sit on a sofa with your partner while watching a film, play or concert.

‘Romantic’ might not be the first word that springs to mind when you consider that the Parc des Buttes was once a rubbish dump until Napoleon stepped in and had it converted into the park it is today.  Less crowded than some of Paris’s other green spaces, there are some stunning views across the city, especially towards Sacre Coeur.  This is very much a locals’ park which doesn’t see the traffic of the more sculpted gardens like the Tuileries or Luxembourg, making it a perfect place for those seeking a little quiet, private time to escape to.

What could be more classic for a romantic trip to Paris than sipping on a cappuccino and watching the city go by from your streetside table? Café des 2 Moulins near Blanche metro is perhaps one of the most ‘picture-perfect’ Parisian cafés, part of the reason that it was used in the movie Amélie, though this place of pop culture pilgrimage does attract quite a few tourists.  Alternatively, you might find yourself seeking shelter from the elements without skimping on the ambiance, and Café Charbon delivers; the charming rouge, wood and mirrored glass also sets the mood for more lively affairs in the evenings, when coffee is exchanged for more intoxicating beverages.

If you’re not immune to a bit of romantic cheese, head to Square des Abbesses in Montmarte-La Chapelle to check out Le Mur des Je T’Aime, a concept piece of contemporary art by Claire Kito and Frédéric Baron.  This 40m2 wall is covered with inscriptions of the words ‘I love you’ in 250 languages, with red splashes which form a heart when pieced together.  Originally a statement on the universal nature of love in a world divided by nations and cultures, it has become a popular sight for couples from Paris and further afield. 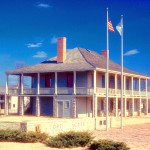 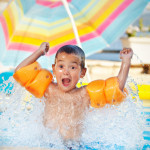